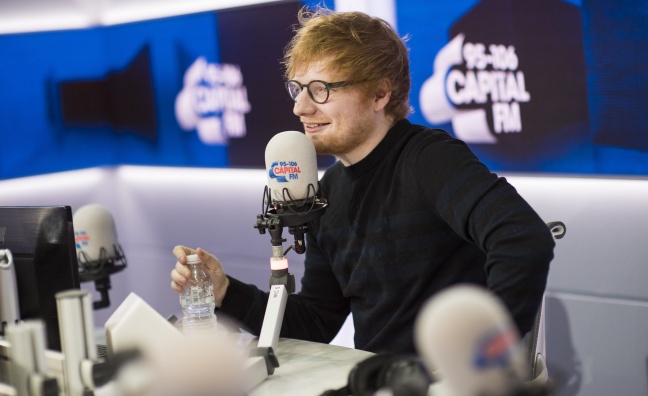 Capital’s Jingle Bell Ball with Coca-Cola sold out in less than 45 minutes when tickets went on sale today (November 10).

Ed Sheeran is the latest artist to join the line-up for the Christmas event, which is now in its 10th year. He joins Taylor Swift, Sigala, The Chainsmokers, The Script, Mabel, Louisa Johnson, James Hype, Matt Terry, Stefflon Don and Liam Payne on December 10

Ed Sheeran said: “I always love playing Capital’s Jingle Bell Ball. Playing a multi-artist show like that, you just get to meet so many cool people that you would never have met otherwise, and Capital always put on a great production. It always looks really good. For me, it’s how the stage looks and the lighting. It’s a really, really good show to go to and definitely massive value for money because you get to see 10 or 11 acts that can all fill that arena.”

Ashley Tabor, Global’s founder & executive president, added: “Ed has had a record-breaking year with a string of international smash hit records and an incredible album. I can’t wait to see him on stage with Capital again, and we can’t wait to bring the UK’s biggest Christmas party to Capital listeners for what will be a truly incredible weekend at London’s O2 Arena.”