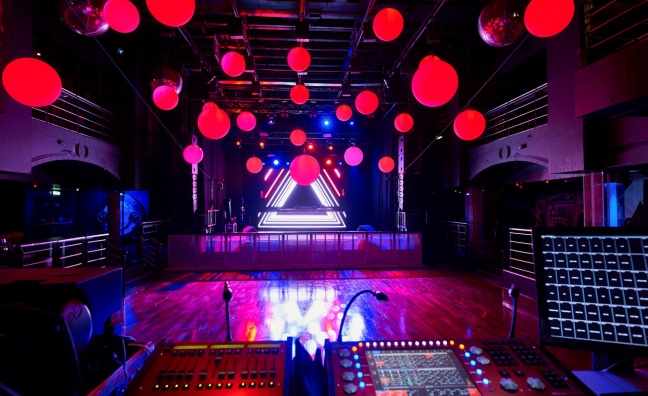 Brixton Electric operator Electric Group has added to its venue portfolio with the acquisition of Bristol's SWX.

Electric Group, a JV between founder Dominic Madden and River Island owner the Lewis Family, completed a deal for SWX last month. Music Week can reveal the venture also bought O2 Academy Newcastle in August 2015 at auction from Newcastle City Council and acquired the freehold interest in the Sheffield Leadmill from MCR Properties in March this year.

The development is a boost for Bristol's music scene following the recent news that the city's legendary live music boat venue and club Thekla is under threat from a nearby residential development.

“We operate with an independent mindset, shaping an easy and collaborative culture for promoters to embrace SWX with as few financial strings attached as possible," said Electric Group co-founder Dominic Madden. “Having invested substantially to make the venue production complete we are focused on providing a perfect platform for shows so we can help promoters smash ticket sales.”

Electric Group will manage the SWX live diary from Brixton under head of music Mike Weller’s direction, while Ticketweb will provide box office and marketing support. Weller has been working with the SWX team to further refine the venue’s live set-up, technically and commercially.

SWX also hosts DJs such as Sigala, Clean Bandit, Jonas Blue, Don Diablo and Sigma. Its club nights attract more than 250,000 Bristol students to the venue every year. It will open Friday and Saturday evenings for live shows ahead of the clubs.

SWX is the most recent incarnation of a music venue which was originally a Top Rank Ballroom and hosted performances by luminaries including The Beatles, Jimi Hendrix, Cream and The Beach Boys.