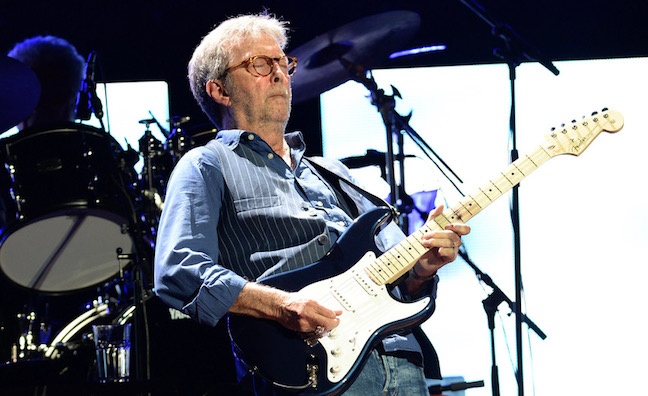 Clapton first played Hyde Park with Blind Faith in 1969 alongside Ginger Baker, Steve Winwood and Rick Grech. Thirty-nine years later, he’s got Winwood back for a special guest appearance on the Great Oak Stage next summer.

“I have happy memories of performing in Hyde Park in the past,” said Clapton, “and I’m really looking forward to playing there again – the whole atmosphere is very special.”

So far, three other BST headliners have been announced for the sixth edition of the city festival: Roger Waters, Michael Buble and Bruno Mars.

James King, SVP, AEG Presents, said: “Eric Clapton is in our fantasy line up every year for BST Hyde Park, a British great to stand alongside the legends that have graced our Great Oak Stage since 2013. Add in Santana, Steve Winwood and Gary Clark JR and we absolutely cannot wait to bring this incredible show to the park.”

Roscoe Bowman, senior experiential marketing & partnerships manager for Barclaycard, added: “We’re privileged to welcome Eric Clapton back to Hyde Park, this time on the Great Oak Stage. We look forward to a spectacular show from the only three-time inductee to the Rock And Roll Hall of Fame.”

Alun Mainwaring, head of events, filming and commercial development at The Royal Parks, said: “Since 2013, BST Hyde Park has become the homecoming for the world’s greatest artists. First, it was The Rolling Stones and now, in 2018, Pink Floyd’s Roger Waters and Eric Clapton will return to the park, nearly half a century after their famous 1969/70 performances. We can’t wait to welcome them back to this iconic park.”