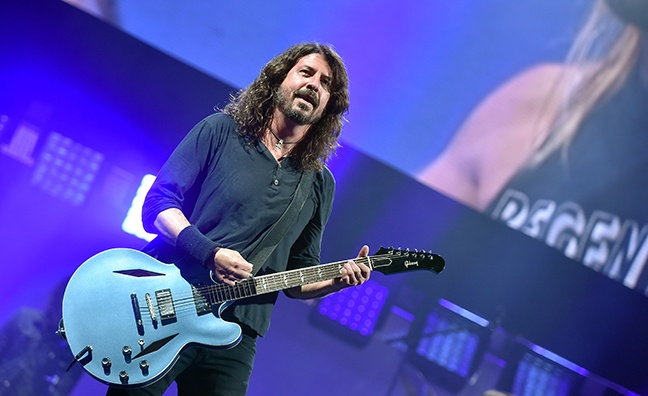 Foo Fighters, Twenty One Pilots, The 1975 and Post Malone have been revealed as the main stage headliners for Reading & Leeds 2019.

Post Malone has been promoted to headline status alongside Twenty One Pilots after he played the main stage this year. The 1975, who release their new album this month, played the festival in 2016 as headliners of the BBC Radio 1 Stage.

Foo Fighters are the only former headliners. Dave Grohl and the band have topped the bill on three previous occasions, most recently in 2012. There was speculation about a Foo Fighters appearance as this week the band announced Irish dates in the run-up to Reading & Leeds.

The 2018 line-up featuring headliners Kendrick Lamar, Panic! At The Disco, Fall Out Boy and Kings Of Leon drew a mixed reaction with some festival fans unhappy with the increasing hip-hop presence. But Reading sold out and Leeds experienced strong sales.

“I was very confident about the bill,” said Festival Republic's Melvin Benn of the 2018 multi-genre mix.

The 2019 headliners were announced on BBC Radio 1 Breakfast with Greg James this morning. The rest of the line-up will be revealed by Annie Mac on air tonight (November 21).