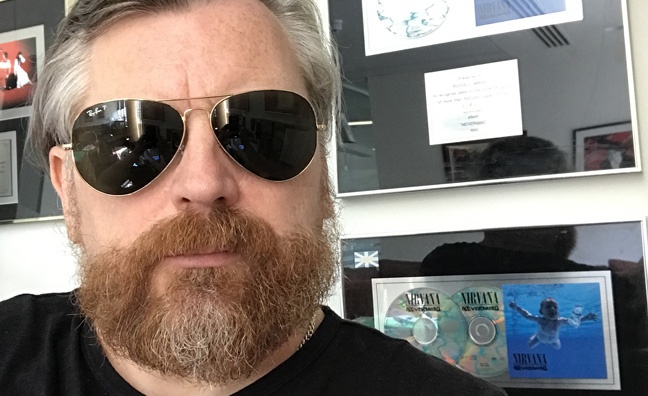 Foo Fighters are set to close Glastonbury's Pyramid Stage this Saturday - two years on from their cancelled headlining slot.

The band had been due to headline the festival in 2015 but were replaced by Florence + The Machine after frontman Dave Grohl broke his leg.

Here, their agent, WME's Russell Warby, who also represents the likes of Jack White and The Strokes, sits down with Music Week to talk about one of the "granddaddies" of the festival scene.

Why is Glastonbury considered such an important gig?

Glastonbury is recognised as one of the granddaddies of the festival circuit, together with Roskilde (Denmark), Pinkpop (Netherlands) and Rock Werchter (Belgium) – but it's globally known. Obviously, it can be a really pivotal show.

Even before the days of the TV coverage, a good performance at Glastonbury could really change the shape of your career.I'm sure Florence filling in for the Foos in 2015 meant a lot for them, but then I also know that Pulp playing in place of The Stone Roses was an incredibly important show in their career. Incidentally, I camped near Jarvis (who had a fantastic 1970's canvas tent).

How integral is the TV coverage?

I think the BBC coverage is excellent, nobody really does it better and obviously it enables all those people who were unfortunate enough to be unable to get a ticket or just because they prefer to watch concerts in their living rooms, they get the opportunity to share a lot of the magic.

When Foo Fighters had to cancel two years ago, did you have an inkling the band would return for 2017?

In 2015 when Dave's leg broke we had to cancel a number of shows and we were all bitterly disappointed. At that point, we already knew that Glastonbury had a very strong idea of who they were looking at for the 2016 headliners and it wasn't really a serious consideration for us to come back then anyway.

I started talking to (festival co-organiser) Nick Dewey early last year, about the Foos coming back this year, because originally 2017 was going to be a fallow year but when they decided it wasn't going to be and 2018 would be a year off, I had the discussion with Foo Fighters’ management and everyone thought it would be a great idea to come back now.

How do you negotiate the best festival slots for your acts?

Astrology, alchemy and the stars being in alignment are all helpful, but persistence I think is very good - coming armed with excellent arguments as to why your artist should be playing the festival. We don't always succeed but we do dig our heels in and try to get the best that we can for the artists that we represent.

What Glastonbury moments come to mind involving artists you represent?

The White Stripes had never actually headlined an arena, or anything of that nature, when they closed the main stage at the big one! Glastonbury often will set the tone, and it was a bold but wise decision that they took an educated risk on pushing an artist up the bill on the main stage and they really helped to make them a headline artist of the future.

Which do you consider the most desirable slots – does it depend on which acts are playing the other stages at the time?

You don't really often know who’s playing on the other stages until quite late in the proceedings because there are a lot of different bookers working on different stages so you don't always know until quite far down the line who is competing with what. And the festival will try to resolve any conflicts at a later stage but they will happen. When you¹ve got that many stages you're going to end up having some conflicts in terms of different artists that people would want to see, playing at the same time.

A lot of artists will end up taking slots that they perhaps would not normally consider. I think it's well known that perhaps the early slots on the Friday are very appealing because that's when most of the live entertainment has actually just started, so by that time you've had people who've arrived on Wednesday. By the time Friday, late morning, comes around, they're absolutely desperate for some entertainment.

Probably the source of its magic is that Glastonbury could never really be defined as being one sort of festival or another. In recent years they've started to embrace rock music in a way that they didn't, but pretty much everything else has always been represented. Where else might you have been able to see Johnny Cash playing on the main stage in the afternoon?