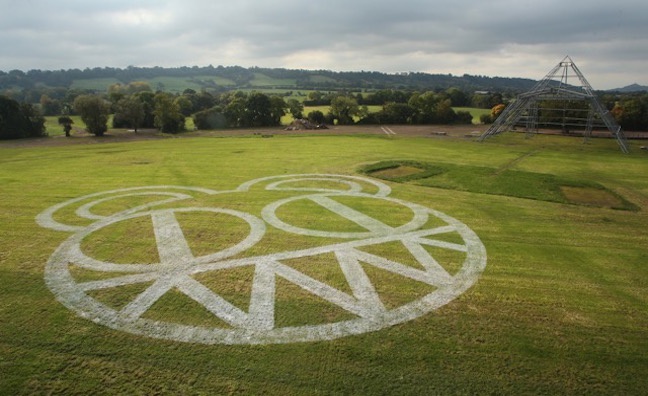 Radiohead return to Glastonbury for the first time in six years tonight as they prepare to headline the festival for a third time.

The Oxfordshire band last topped the bill in 2003, but are best remembered for their seminal 1997 performance. They also played a surprise set on the festival's Park Stage in 2011.

"Playing Glastonbury is the dream of every artist," their booking agent Charlie Myatt, of Brighton-based 13 Artists, told Music Week. "Headlining Glastonbury is likely to be the high point of anyone’s career. The love in the crowd is incredible and looking from the Pyramid stage out in to the crowd is very moving.

"As it's a national and much loved event, its profile is enormous and more impactful than any headline show that you could do. TV coverage is a fantastic bonus - the BBC do an outstanding job."

Radiohead's latest album, 2016's A Moon Shaped Pool, has sold 210,977 copies in the UK to date, according to the Official Charts Company. The band will play Manchester's Emirates Old Trafford on Tuesday, July 4, after their scheduled two nights at Manchester Arena were cancelled in the wake of last month's terror attack. They also headline the opening night of new Glasgow Green festival TRNSMT on Friday, July 7.

Myatt also represents Royal Blood, who are third from top on tonight's Pyramid Stage line-up, and said earlier slots can often be more valuable for new acts trying to make a name for themselves.

"For new bands just breaking, playing an early slot on the Other Stage, or an afternoon slot on the John Peel Stage, can be massively impactful," he said. "As the artist is not clashing with headliners, the artist can attract a huge crowd. So it's not all about headlining - but of course headlining Glastonbury is the dream."