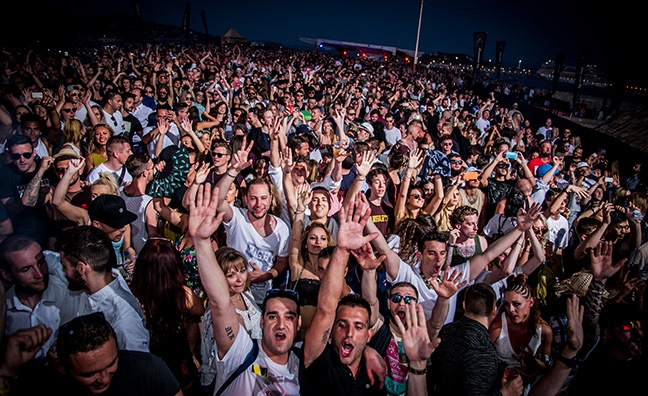 The IMS Business Report 2017 by Kevin Watson was unveiled today (May 24) at the 10th edition of the International Music Summit in Ibiza.

The increase is being driven by millennials, who are 40% more likely to attend a club event in the USA, and total two billion globally. Overall, 16% of people in the USA attended a club event with DJs in 2016, 14% for a specific DJ.

Dance music singles took a 17% share of UK singles last year, back up to 2007 levels (15.5%) after a dip in the late 2000s. Dance music sales were up across all formats in the USA, where it is now the fifth most popular genre, and reached an all-time high in Germany, taking a 7% share. There are 12 billion electronic music streams a month on Spotify.

Latin America is showing a growth in dance music events and festivals plus huge growth in total music sales.

Forbes estimate that Calvin Harris’ earnings fell 5% year-on-year in 2016 to $63 million, which places him No.9 on the overall highest-paid musicians list. Tiesto is up to No.2 on the dance list, ahead of David Guetta. Top DJ earnings were down for the year, but lower ranking DJs grew their revenue streams.

The report also took a view on the industry over the last 12 months highlighting Ministry Of Sound Recordings and Sony merger and Pacha acquired by Trilantic for €350m, along with Global's entrance into the marketplace.

Clubbing brand Elrow is also set for most successful year ever after investment from Superstruct Entertainment, with its biggest UK event planned at Olympic Park London for 2017.