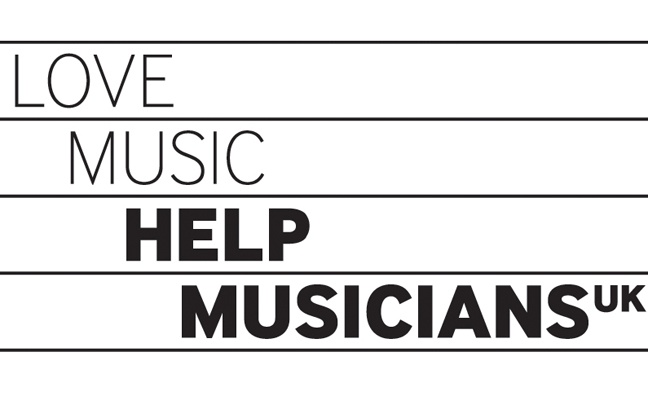 The campaign will support the health and wellbeing of artists backstage at more than 230 grassroots music venues across England, Scotland, Wales and Northern Ireland during IVW, which takes place from January 28 to February 3.

Joe Hastings, Help Musicians UK head of health and welfare, said: ““HMUK wants a world where musicians thrive and the foundation of many musicians’ emergence into the industry is through the grassroots music venue circuit. It is therefore fundamental to HMUK that grassroots venues and the musicians we support thrive.

"We aim to not only support artists and upskill the sector during and beyond IVW, but also cultivate an ongoing nationwide conversation around the health and welfare needs of artists on tour through our partnerships with IVW, as well as our other partners such as BAPAM.

"We look forward to gaining a deeper understanding through our research and truly making a difference to the people who need it most. Our exciting partnership with IVW and the launch of our Live Music, Help Musicians campaign is a great way to commit to supporting the health and wellbeing of artists on tour and backstage, to help sustain a healthy live music industry from the grassroots up.”

In 2016, HMUK’s own mental health in music research study with the University of Westminster and MusicTank showed results that musicians can be three times more likely to experience anxiety and depression than the rest of the population. The research also showed that factors such as working anti-social hours, isolation through working away from home, as well as the highs and lows of touring can also impact mental wellbeing.

As a result, HMUK has invested in a campaign to support a healthy experience backstage for artists, by providing each of the participating IVW venues nationwide with bespoke backstage ‘healthy venue packs’.

The charity will also pilot an accredited Mental Health First Aid Training session, via The Mind Map, a two-day course that will upskill venue owners, staff and promoters who frequently engage with musicians to aid them in identifying, helping and supporting those with mental health challenges.

Sybil Bell, IVW founder, said: “It’s fantastic to be working with Help Musicians UK for a third consecutive year and we’re so pleased that, this year, we’re working together on the launch of the Live Music, Help Musicians campaign which is one of the most significant developments in mental health for the sector.

"With the continued growth of venues who have joined the IVW family all around the country, being able to work with HMUK and our venue partners means collectively, we can start to have a real and meaningful impact for artists and those around them at the venues, during their touring period and beyond. By continuing the work beyond IVW, we can keep the support going across the year when it’s needed. This is a really exciting development of the partnership between HMUK and IVW and demonstrates the charity’s long-term commitment to mental health.”

The charity will also lead a UK-wide research initiative into the health and welfare needs of artists within the grassroots music venue sector. An in-depth, open roundtable discussion will precede a nationwide survey, with the results to be shared later this year.