'I definitely see us growing into other territories': Country To Country organisers open up on the festival's future 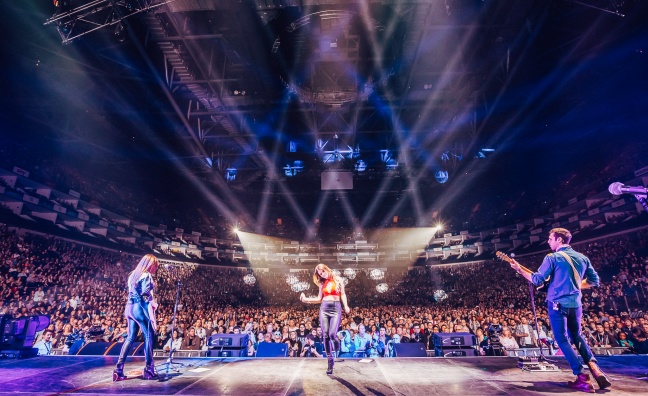 The organisers of this weekend's Country To Country (C2C) festival have predicted further international expansion for the event.

The festival was jointly launched in 2013 by The O2 and SJM Concerts in conjunction with the Country Music Association and has gone on to host acts such as Dixie Chicks, Carrie Underwood, Zac Brown Band, Brad Paisley, Luke Bryan. Florida Georgia Line. Lady Antebellum, Miranda Lambert and Chris Stapleton.

“Overall now, we have three territories doing great numbers," said SJM promoter Chris York. "In London we were already well down the track in terms of what the event is and, whilst there's incremental things we can change, some of it is restricted by the physical boundaries of the venue. But there is certainly capacity to make it bigger in Dublin and Scotland.

“None of us could've envisaged being where we are now in five years, so it's been a great team effort to get to this point.”

Events have also been held under the C2C banner in Stockholm, Sweden and Oslo, Norway, which festival director Milly Olykan believes is a sign of things to come. “I definitely see us growing into other territories in the future,” she said.

The festival's smaller stages have provided platforms for breakout UK country acts The Shires and Ward Thomas, but there are no plans for a British act to grace its main stage, at least for now.

"Never say never,” said York. “But the whole thrust of the event was the bring artists from the non-domestic scene here, who wouldn't get a platform to play in the UK.

“Obviously, there is a much easier platform to go and see UK-based artists on tour than the one-off opportunity that Country To Country presents. Because we've only got a limited number of spots - 12 on the main stage and some on the satellite stage in the main arena - and given the competition amongst Nashville acts to come over here and play, it’s very hard to see in the short term that we'll have [a UK artist] headline or be on the main stage.”