'I know for a fact that I can still shake a room': Liam Gallagher on his upcoming UK arena tour 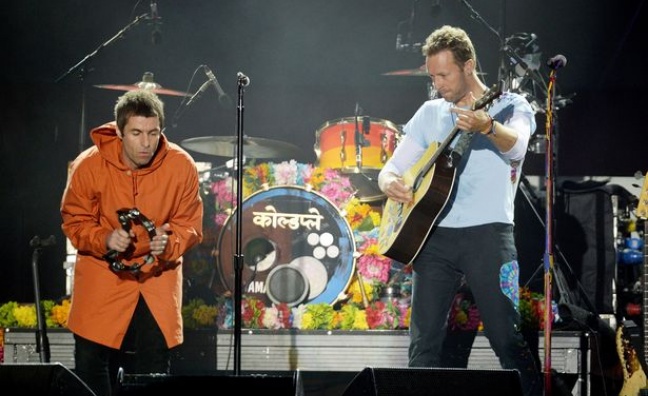 In the new issue of Music Week, our cover star Liam Gallagher has admitted he was taken aback by the demand for tickets for his first solo UK arena tour.

Gallagher is certain to be No.1 in today’s album chart with As You Were on course to pass 100,000 first-week sales. The feat will give him first chart-topper since the last Oasis album Dig Out Your Soul in 2008.

The frontman hits the road in December for arena dates in Leeds, Glasgow, Newcastle, Nottingham, Birmingham and Cardiff, along with shows at London’s Alexandra Palace, Plymouth Pavilions and Brighton Centre. Tickets sold out within an hour and Gallagher has admitted public demand had far exceeded his own expectations.

“At the time I was like, ‘I’m not doing arenas, let’s turn it down a bit and do Brixton Academy or something like that’, so I’m absolutely blown away by it man,” he said. “We could have been greedy and done loads of nights but it’s not about the money, it’s about doing it and leaving people wanting more.

“I know for a fact that I can still shake a room, I fucking know I can, so they’re gonna get fucking shook man.”

Reflecting on his performance at the One Love Manchester benefit concert in June, where he duetted with Coldplay’s Chris Martin on Live Forever, Gallagher said he initially didn’t think he would be able to make it back to the UK in time as he was due to play a festival in Germany at 8pm.

At the time I was like, ‘I’m not doing arenas, let’s turn it down a bit and do Brixton Academy or something like that’, so I’m absolutely blown away

However, a compromise was reached with the festival's promoter whereby Gallagher’s slot was brought forward three hours to 5pm. The singer then flew to Manchester immediately after his performance.

“We got [to Manchester] and we rehearsed Live Forever in the toilet,” he recalled. “It was terrible what happened [at Manchester Arena] and I was honoured to go there and play for the beautiful people of Manchester in their time of need.”

Gallagher performed at a string of European festivals over the summer including Glastonbury, Lollapalooza Paris, Spain’s Benicassim, Pinkpop in the Netherlands and Reading & Leeds, and said that although he was perturbed by the wave of terror attacks across Europe, it would not deter him from touring.

“As you get older, fear creeps in a bit because you want to stay alive and you don’t want to be so far away from your kids and the ones you love,” he said. “You just want to get in and get the fuck out of there, you know what I mean?

“It is a bit shady man, travelling at the moment, but you’ve got to just get on with it. I certainly wouldn’t ever not do it, fuck that man, it’s got to be done. I certainly don’t get scared going on stage. When 9pm comes, I’m on there.”

Hardee elaborates on the touring strategy here, while the full Music Week interview with Liam Gallagher can be accessed here.