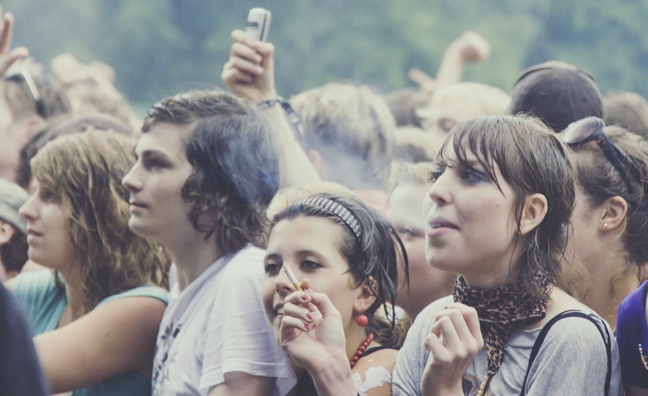 Kilimanjaro Live chief Stuart Galbraith has said he is "optimistic" of reform in the secondary ticketing market, as Google's certification process on resellers takes effect.

The web giant has updated its policy so that ticket resellers will need to be certified by Google before they can advertise through the company's online advertising service. The development was given a cautious welcome by campaign group FanFair Alliance, which warned that "more needs to be done" to combat online touting.

Galbraith previously called on the firm to stop taking adverts from secondary ticketing companies found to be operating "in breach of the law".

"[Secondary ticketing] is something I had a personal beef about as long ago as 2006 and it’s just become more and more abhorrent what was actually happening in the marketplace" said Galbraith, speaking in this week's issue of Music Week. "As an industry, collectively, we could’ve stopped it - if we had chosen to. But there are too many politics and too much money involved. There are many players now that are involved in secondary ticketing and should just come out and say that they are."

Last month, the Digital, Culture, Media and Sport Committee has announced a new inquiry into live music that will focus on secondary ticketing. The Competition And Markets Authority (CMA) announced in November that it would take enforcement action against resale sites suspected of breaking consumer protection law, while National Trading Standards, which has been working with the CMA, carried out a series of raids.

Galbraith said it had been a "huge step" for Ed Sheeran's manager Stuart Camp to agree to give evidence alongside him at a ticket abuse inquiry in Westminster last year.

"That seems so long ago but it was less than 12 months," said Galbraith. "Off the back of the Waterson Report, the finalisation of the Digital Economy Bill, the Consumer Rights Act - and we're now finally starting to see action taken by National Trading Standards and the Competition & Markets Authority - I’m really optimistic."

Galbraith said he was "hugely impressed" by the work of FanFair Alliance, adding: "I think that we will get to a position where as a promoter and an artist, if you want to control your ticketing, the tools are about to become available to enable you to do so. If you don’t then that’s fine, but if we had an act that came to us now and said, ‘We want to put tickets on secondary sites,’ we would not work with the act.”

“It’s a point of principle," added Kili director and senior promoter Steve Tilley, who works with acts such as Ed Sheeran, The 1975 and Catfish And The Bottlemen. "There’s only two people that should be able to make money out of a gig - the promoter and the artist.

"We are the risk-takers, we are the event owners and a gig ticket is a unique product so the free-market economy argument doesn’t wash with me. I don’t think that secondary profit is going back into the industry either - it’s not being paid to the artist most times and it’s not developing new talent.”

See this week's edition of Music Week or click here to read our cover story with Galbraith, senior promoter Steve Tilley and head of operations Zac Fox as they discuss 10 years of Kilimanjaro Live. Galbraith details why Kili is unlikely to revive Sonisphere here.