'I want to have fun': Dua Lipa gives new album update at ILMC 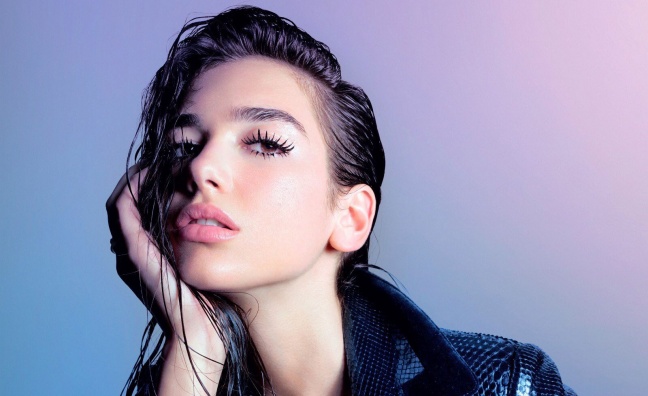 Dua Lipa has given an insight into her upcoming second album in a keynote interview at the inaugural Futures Forum.

The singer is currently working on the follow-up to her platinum-selling 2017 debut LP and offered an update on its progress at the one-day event for young live music professionals, which was part of the final day of this year’s International Live Music Conference (ILMC) in Kensington on Friday.

"It's going well, I'm really excited," she said. "Obviously it's scary because it's the second album, but I don't want to take myself too seriously, I want to have fun. That's what music, to me, is about. As well as getting a message across that is important, it's also a lot about enjoying yourself and that's what I've done.

I don't want to take myself too seriously, I want to have fun

"I've worked with the people I worked with on my first album and it's just been quite an organic process, I feel like I'm finding myself every day a little bit more, but I think I'm coming quite close to finishing it. I'm about to finish the writing stage and then I'm going to go into production and finishing that off.

"So far on my list I have about 26 [tracks] I really like, but I only want to have maybe 13/14 songs [on the album] so it's tricky. I just want the best out of the bunch that I think is good enough and feels like a body of work."

Dua Lipa, who has performed 245 shows since January 2016, was interviewed alongside her father Dukagjin Lipa, CEO of London-based Mercy & Wild PR and communications agency, as well as executive director of Republika Communications, a creative communications agency in his native Kosovo and founder of the Sunny Hill Foundation.

Last year, the duo organised the inaugural Sunny Hill Festival in Kosovo's capital, Prishtina, which they hope will raise funds to develop the country’s arts and cultural sector. The event was headlined by Dua Lipa, Action Bronson and Martin Garrix.

"Our friends from Live Nation... sent a couple of really experienced production managers from that part of the world just to see the site first and then help us and guide us the way the festival should be done," said Dugi. "We hope that in a couple of years' time we are not going to call any favours anymore and we are just going to be able to say like, 'Please, would you come?' And be able to fulfil all the needs that the artists need without calling on a lot of favours."

Here are some of Dua Lipa's best quotes from the hour-long discussion...

ON HER LIVE HIGHLIGHT...

"My first ever Glastonbury, just because I'd been going to the festival for so many years and to get to be that person on stage - the John Peel Stage. I played that same stage the year after and my album came out and there's no feeling quite like it, it's just the most amazing, exciting butterfly mental thing that happens to you. It's pretty surreal and I get really nervous before I get on stage and when I get on stage there's something about it, I just feel invincible I guess."

ON HER FIRST ALBUM

"I really pick and choose the things I really love and I really want to do. If it's a brand deal that I feel like represents who I am then I'll do it, but I've never really been one to push myself and try and do too many things or spread myself too thinly, I just really want to focus on the music."

"I do feel like there's a small change that's happening, but I think, no matter what, to a certain extent as women we always have to work a little bit harder to be heard and appreciated. When you're a female artist, unless you're by a piano or playing a guitar, people instantly think you're manufactured and you need to take a little bit more time to really show people that these are your stories and the things that you've gone through. Sometimes it just takes a little bit more explanation and a little bit more time, but it's something that I'm willing and ready to do to be heard. I try to use my platform as much as I can, I always feel like I've been quite outspoken and I've never been afraid to say things that I feel are true to me and now, with the platform that my fans and my listeners have given me, I also feel the duty to do that for them and also be a voice for them."

ON HER NEXT TOUR

"Now that I've toured and felt that live environment, I make everything with that in mind. This album, I guess, is a bit more conceptual, but if I told you the concept then I'd have to tell you the album title. But in that world I'm really thinking about the live show and something new and something different. Hopefully now I'll get to do shows that are a bit bigger and stages that are a bit bigger and we'll get to play around a bit more with that. I'm not doing any festivals [in 2019], this year is just wrapping up the album and then hopefully release something this year."

"I felt like I needed to be somewhere everything was happening and that for me was London. Whereas now, with the power of Spotify, Apple Music and all of these streaming services, you can be anywhere in the world and have your music be heard all over - and that's a really big game-changer."