IMS Day 1 report: Why hasn't music had its 'MeToo' moment? 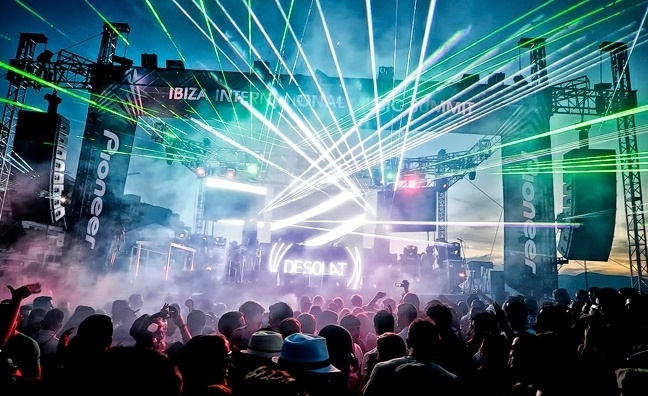 A powerful debate on sexual harassment in DJ culture left a lasting impact on the first day of this year's International Music Summit (IMS) in Ibiza.

Magdalina told the electronic music conference why she felt music was yet to have its own #MeToo moment akin to Hollywood.

"Our big MeToo moment hasn't really happened because of fear, mostly," she said. "I think there's a lot of fear in the industry - whether you're an artist or someone who works behind the scenes - around this idea of being stamped as the complainer and the fear to either lose bookings or lose your job, or simply be ostracised in the industry as a result. That's along the lines of why this topic hasn't been fully, transparently explored."

"I guess we had a bit of a moment with Kesha and Dr Luke, and it kind of kicked off this conversation, but it wasn't enough," she said. "In fact, she suffered a lot off the back of coming out with her story. It's probably going to take a handful of these stories and for those people to align themselves - to come together collectively, probably - to have that kind of impact."

Speaking about the industry's approach to diversity, Dijon said representation was a major part of the problem.

"Any time we talk about diversity we always talk about it from a creative standpoint - that artist standpoint - and I feel that's also pigeonholing women," she said, "because the festival owners, the record label owners, the promoters, people that book the festivals - it's still all men. And it's normally white, heterosexual men deciding line-ups. So for me I think diversity has to be just as much behind the scenes, as well as artistic."

Lawrence said AFEM had committed to having a 50/50 male/female board structure in place by 2020.

B.Traits backed a proposal to introduce an industry-wide code of conduct that "very clearly breaks down what is not acceptable", while Loben called on men to "change their fucked up attitudes".

On parallels with the Harvey Weinstein scandal in Hollywood, Lawrence surmised: "The dynamics are quite similar in terms of how the industry is set up. The unknown is if there is a Harvey [in the music business]. I can't sit here today and tell you if there's an equivalent, but if there is then enough's enough."

IMS co-founder Pete Tong opened this year's event earlier in the day with a keynote address in memory of Avicii, while opening panel Safe From Harm - Our Duty Of Care focused on mental health and issues faced by touring DJs.