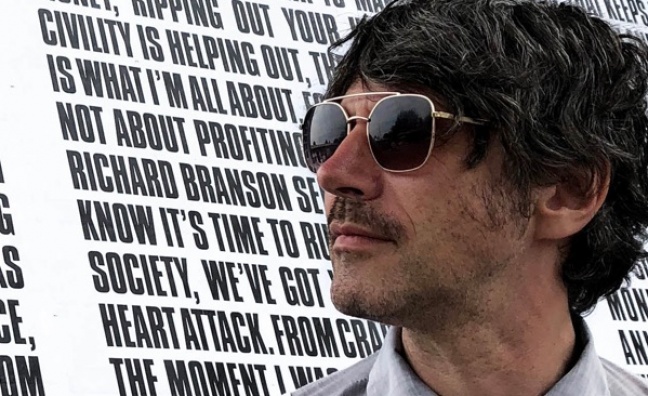 Gruff Rhys has been named Independent Venue Week's ambassador for Wales for its 2021 edition.

For the first time, the event celebrating grassroots music venues will have a representative for each region of the UK.

Previously announced ambassador, Londoner Arlo Parks, will represent England, while the Super Furry Animals frontman will now take up the reins in his native Wales for the week-long event which takes place January 25 to January 31.

Ambassadors for Scotland and Northern Ireland will be announced in due course.

“As a touring musician – my work is completely connected to having independent venues exist," Rhys explained of his involvement in the event. "It's about people, not the actual buildings. It's about the energy and enthusiasm that music fans have created in towns and cities and villages and so, we need to give a voice for those people to be heard."

He added that grassroots venues play a key role in nurturing musicians' careers.

"Touring artists are completely dependent on the enthusiasm of independent promoters and venues," he said. "The reality of music is that for most people it's a lifelong passion, and musicians can rarely make a full living out of it, so music exists thanks to people's passion to want to hear music, share music and give a stage to exciting new music. Independent venues keep that spirit going and they make it possible for musicians to play - most people involved are doing it for the love of it. Those independent venues create the conditions that make it possible for everything else to happen within music.”

Due to Covid related restrictions, this year's Independent Venue Week will not stage any live shows, but organisers say IVW 2021 will go ahead online.

"IVW is responding by adapting the way shows are available across the week with a range of digital events," they explained in a statement. "From In Conversations with artists, labels, promoters, gig-goers and other industry organisations to album listening parties, pre-recorded live streams, comedy and quizzes."

So far 79 venues from 53 different villages, towns and cities have signed up to take part in 2021.