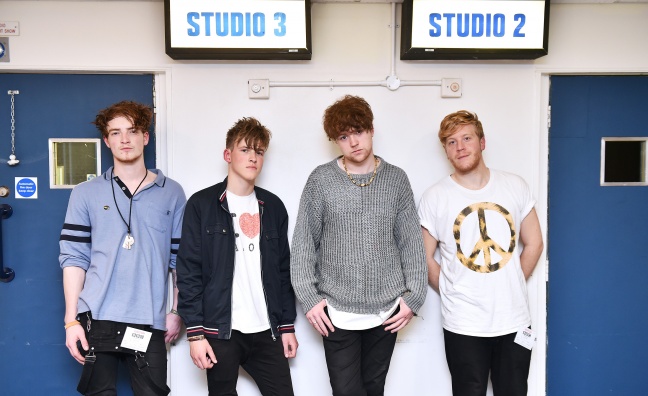 Communion only worked with Viola Beach “very briefly”, according to general manager Chris Scott, but that short time was long enough to get to know “the boys and their incredible enthusiasm for life, amazing work ethic and talent”.

Viola Beach’s single, Boys That Sing, was covered by Coldplay during their headline slot at Glastonbury, in a touching tribute that Scott told Music Week came “completely from the Coldplay camp”. Spotify streams of the song increased 6,148% afterwards, and last week it charted at No.50, with to-date sales now at 24,720.

Scott added: “Chris Martin approached the families directly, apparently because the story of the band coming up through the ranks, starting to get a bit of traction, and having such a terrible thing happen to them, struck a nerve. That’s something most young bands go through, driving themselves around the world, from show to show, putting themselves out there, working hard to pursue their dream.

It’s something that all bands go through, and in his words, he said it reminded him of Coldplay’s early days, so they wanted to show their respect by performing the song. It was very classy.”

Communion released the single via its 2016 Singles Club – it was actually the inaugural release, and coincided with the tragic car accident that killed the band and manager Craig Tarry in February. Now the label is releasing an album of the band’s music. The self-titled LP will be released July 29.

“We’re very much enablers of what the families want to happen with the band’s music and their legacy,” said Scott. “Ian Grimble, one of the co-founders of Communion, had been working with the band for a very long time. So there was a body of work that had been worked on, the backbone of what was going to be their first record, probably.

“When the family, via Conrad [Murray] at SJM, got in touch, saying they wanted the band’s music that was finished to be out there to cement the legacy of what they were trying to create, it felt like a natural thing, given that when the accident happened, we were the only label that they had an association with. It made sense for us to help them, but it’s very important to us that it’s on their own label, that they had created.”

Scott added: “The story of Viola Beach is about them going out there and starting it themselves. People listening to their music now, it’s just great.Their music is being heard by all the people that they wanted it to be heard by - and on their own platform.”