Iron Maiden's manager on their fight against the touts 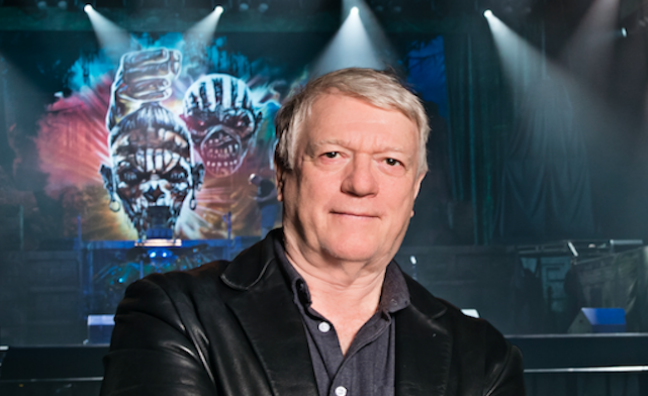 Iron Maiden manager Rod Smallwood has spoken out on the band's stance against secondary ticketing.

The metal titans are implementing a paperless ticketing approach for their upcoming UK tour, which begins at Nottingham's Motorpoint Arena on Thursday (May 4).

"For this UK tour we met with Ticketmaster and Live Nation and insisted on having a way to protect the fans and the price they pay for a ticket – to keep them available to the fans at face value," said Smallwood. "We had just over 200 tickets on sale on Viagogo for this current tour – which was remarkable. Ticketmaster agreed to not list Maiden on GetMeIn and SeatWave and then StubHub followed suit. It was a great success. We almost completely eliminated secondary ticketing."

Smallwood also addressed how they struck the balance between slightly inconveniencing fans while also fighting on their behalf, Smallwood says: “The reaction from the fans has been very, very positive. We’ve had a few cases where people didn’t quite understand they had to have their own credit card, but within the office we managed to arrange exchanges for them, or for them to change their credit card details. And even those were just a couple of hundred out of over 130,000 tickets sold. Again, that’s something else about the secondary, they claim to be there to exchange tickets, but we found on this tour we had very few people looking to do that.”

This hands-on approach, Smallwood states, has had a hugely beneficial financial impact on Iron Maiden's fans.
“There’s a lot of work involved in putting all this together – and enforcing it. We spend a great many man hours, and there’s no benefit to us or the band except for the great benefit of it being good for the fans,” says Smallwood. “But that is well worth the effort…. I reckon over the whole tour we’ve saved our fans well over £1 million in inflated secondary pricing by there being none. And also, fans know they are proper tickets from source, not false or counterfeit. I think it’s well worth it, and hopefully before we tour the UK again in arenas, the government will have better legislation to protect the public from profiteering.”

Last week was a potentially pivotal one in the battle against the excesses of the secondary market, as the Digital Economy Bill became law.