'It doesn't get much bigger than that': Steven Wilson to launch Royal Albert Hall residency 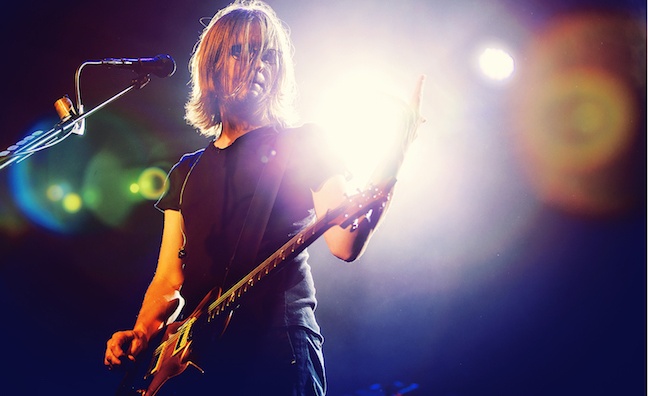 Caroline International co-MD Jim Chancellor has toasted the success of the Steven Wilson campaign as the prog-rock artist prepares for a Royal Albert Hall residency (March 27-29).

“Three nights at the Royal Albert Hall – it doesn’t get much bigger than that, does it?,” said Chancellor. “As all the press picked up on when the record came out, he is the biggest artist that nobody’s really heard of.”

The Albert Hall shows follow Wilson’s extensive run of dates across Europe earlier this year. The tour continues with a trek across North America starting next month.

“It’s ticking over beautifully, everybody’s delighted and Steven’s very happy,” Chancellor told Music Week. “He’s on tour, which is where he has the most fun, and he’s been playing beautiful venues in Europe.”

The former Porcupine Tree frontman’s To The Bone album peaked at No.3 in August 2017 and has OCC sales to date of 21,867. While UK sales are predominantly physical, Wilson has made a global impression on streaming after belatedly licensing his music to the major platforms.

“Five songs from To the Bone have now each had over one million streams on Spotify, with Pariah at over two million,” Wilson wrote on his official site. “By Spotify standards these are actually still quite modest numbers, but they are increasing for me all the time. As someone who believes very much in music presented as a physical art form I resisted making my albums available on streaming platforms until relatively recently, but my feelings have changed somewhat. There are a lot of arguments for and against streaming, but the reality is that for those of us who make and wants to share music that we believe in, we need to acknowledge that there is now a whole generation of listeners for whom if the music is not on streaming services it simply does not exist.”

As the press picked up on, he is the biggest artist that nobody’s really heard of

“On his last album, he toured for 18 months,” said Roe. “He’s an artist who’s built a career from the ground up by working very hard live.”

While rock has generally lagged behind other genres on streaming, Caroline International has made a concerted effort with digital as part of Wilson’s campaign.

“We tried to convince radio and DSPs – which is a very challenging area for artists like Steven – to maybe trust their consumers a little bit more, that their listeners would enjoy listening to music that is maybe slightly more clever than a simple pop song but can be equally emotive and equally popular,” said Roe. “You go to a Steven Wilson concert and you know half the audience will be premium users or have a family membership, so it’s just finding ways of encouraging them to listen to new music and not just his catalogue on the platforms.”

Caroline International confirmed that the album campaign will continue throughout 2018.

“Steven’s working hard in terms of live so there are plenty of opportunities to continue to invest time in the record,” added Roe.