'It is a great record': BMG's Korda Marshall on Gary Numan's return to the Top 2 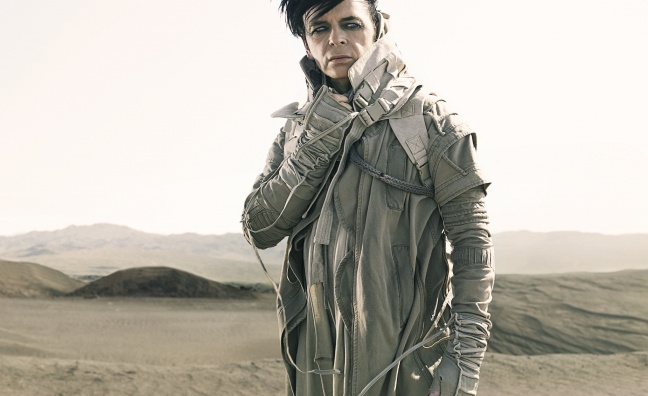 BMG's Korda Marshall has lauded Gary Numan after the synth-pop legend's latest album rocketed into the UK albums chart at No.2.

Savage (Songs From A Broken World) - the singer's 21st studio album - was bettered only by Foo Fighters' Concrete And Gold on Friday's chart after shifting 13,456 units (11,505 physical).

Not only did its impressive debut earned Numan his seventh Top 10 album (including one as Tubeway Army), it also gave him his highest chart position since 1980 chart-topper Telekon.

"The Gary Numan album is a great record. He's very engaged," Marshall, the label's EVP, new recordings, told Music Week. "His tour's all sold out and the plan is really good."

Numan's performance continued the label's run of chart success. The label had three LPs in the previous week's Top 11 - Hippopotamus by Sparks (No.7), The Waterboys' Out Of All This Blue (No.8) and Jack Savoretti's repackaged Sleep No More (No.11).

"It was Sparks first Top 10 album since 1974 and Jack Savoretti only missed out on the Top 10 by 31 records, so morally that's three in the Top 10 for me," said Marshall.

Sleep No More has combined sales of 99,053 to date, according to the Official Charts Company, and is on the verge of being certified gold.

"The reason that BMG has been able to plough our own furrow in this space is because we're meticulous with our attention to detail, but the artists are working really closely with us and engaged with us.

"We've also got some great new acts with The Sherlocks and Rejjie Snow and DMA's, and we're just about to go gold with Jack Savoretti, which is a relatively new act, so I wouldn't want to give the impression we're just doing the older icons.

"We've got a really great mixed portfolio at BMG and you can see with The Waterboys, Sparks and Gary Numan, those are working really well."