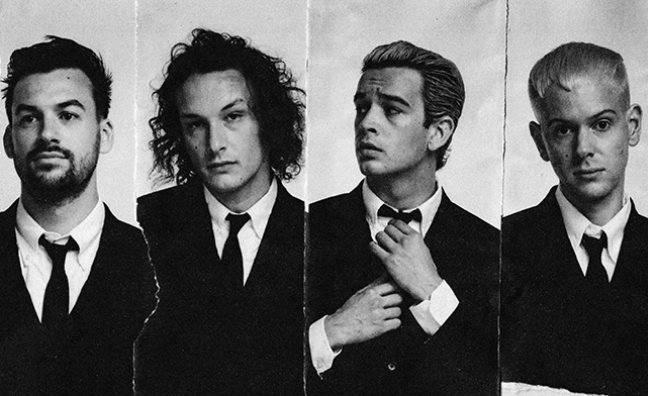 It’s the charity’s biggest line-up yet with performances so far from acts including Idles, AJ Tracey, Frank Turner and Tom Walker, who played outside of the capital at Manchester’s Yes venue. Fans could enter an online auction for a chance to win tickets.

“Yeah, £650,000 from the BRITs alone is amazing and as a team we raised £1.8million in 2018 with support from across the music industry. The hopes for 2019 are to continue building War Child BRITs Week, together with O2, which we’ve done with our biggest line-up yet, but also expanding our work and reaching different audiences. We work in some of the most difficult places in the world to be a child and the money goes to helping children specifically in areas of conflict by providing both emergency and long-term educational, livelihood and psycho-social support.”

The Safe & Sound series launched last year with more leftfield artists such as Jon Hopkins - what are the plans for that music strand?

“Rather excitingly we’re bringing it back in September this year. Launching something new is always a challenge but 2018 was a big success, and this year we’ll be working with more wonderful artists who sit in a different space to the strong line-up with have for BRITs Week.”

What’s been the response of artists this year as you’ve expanded the line-up?

“The BRITs is a year-round activity for the team here, so to see it get to this point is really exciting. This is the biggest series we’ve put on to date with 15 acts, 14 in London and Tom Walker in Manchester. Every year we’re blown away by the support we get. It now feels like a music industry fixture that is really established but continues to grow and evolve. The acts seem proud to play because they’re doing something amazing for children affected by conflict and they enjoy the atmosphere of the smaller venues. It’s a win-win for the fans as well!”

Is the diversity of artists important to War Child?

“It’s really important to us, we always try to represent the British music industry as best we can and reach different audiences so they can learn more about our work, whilst also having high targets for the money we can raise to support children in our programmes. We can always do more in this area but having Chris Difford alongside Mabel, AJ Tracey and Idles feels like a step in the right direction. It’s also the reason we’ve introduced Safe & Sound.”

How closely do you work with O2 on the shows?

“Very closely. The team at O2 give us the platform to deliver the shows and maintain high standards so the fans can have a memorable experience. We wouldn’t be able to continue to set the benchmark for live music in the charity sector without them, AEG Presents and the BPI. We’ve been partners since Coldplay and The Killers in 2009. Ten years, that’s a long time when you say it out loud!”

How important have new venues such as Omeara become to BRITs Week?

“Omeara is a wonderful venue. They’ve really thought about the space from load in, dressing rooms, production and fan experience and got it spot on. But we’ve got great relationships with lots of venues – the iconic O2 Shepherd’s Bush Empire, we’re back at Wilton’s Music Hall for the first time since we put Duran Duran on in 2015, as well as Bush Hall, The Garage and The Dome. Idles and AJ Tracey at the 100 Club were big moments for us.”

What are the overall ambitions for music for War Child?

“We want to continue to be the favourite charity of the music industry and to reach new fans, to tell them about our work and deliver powerful and inspiring experiences. Music is such a visceral and emotive medium, breaking down barriers since the dawn of time and we want to continue to work with artists, in different ways, to use the power of music to help us protect, educate and stand up for the rights of children affected by war.”