'It's become an absolute focal point': Bob Harris on the rise of Country To Country 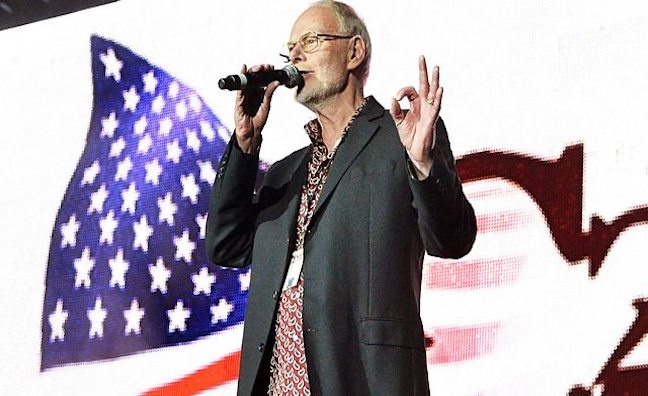 Bob Harris has been a longtime champion of country music, including UK country acts such as The Shires and The Wandering Hearts. He hosts Bob Harris Country on Radio 2 and he’s been the compère at the The O2 leg of Country To Country leg since its launch in 2013.

As he prepares to broadcast live from C2C on Saturday (8pm, March 10) with performances from Kacey Musgraves and Sugarland, “Whispering” Bob Harris spoke to Music Week about why the festival has become such a major fixture for US artists and the rise of British country talent

In its sixth year, C2C has become a real fixture, hasn’t it?

It really has, and I’ve had a sort of unique view of it – and the growth of it – from the stage, because I compère each year. When it started, there was a nice little buzz, the place was two-thirds full, a good atmosphere. The turning point, in terms of it translating into the excitement level that we’ve got now, came during the Zac Brown Band performance [in 2014], when during their set they did covers of Led Zeppelin’s Kashmir and Enter Sandman by Metallica. I watched from the side of the stage and pretty much all of the old traditionalists got up and left, but the following year all those seats, and more, were taken, because we had Florida Georgia Line and Luke Bryan, and they brought in an entirely new young energy that absolutely packed the place. And it’s grown on that since then. You’ve got all the lovely pop-up stages, it’s a fabulous opportunity for young talent to get in front of people. It’s just become an absolute focal point for the community, and it’s growing all the time, it’s incredible.

Do you think it’s bigger than ever in terms of popularity and ticket sales?

Yes, and because of CMA Songwriters Series, the Radio 2 stage, in addition to the headliners on the main stage, you’ve now got so many opportunities to see other country music stars who aren’t on the big stage that are playing throughout C2C. So it’s been expanding and, along with Country Music Week, it’s grown into a really big thing.

Who are you looking forward to seeing?

I’m very lucky, I often record sessions backstage for the country show, so I’m able to spend a lot of time in everyone’s company, and watch the performances. Kacey Musgraves, I absolutely love Kacey. I’m so pleased that Emmylou Harris also is going to be on stage. When I originally announced all the line-ups at Bush Hall, at that point it was still only a sketch and, week-by-week as more names have been added, now the full line-up looks absolutely amazing.

Is there real depth to the UK country scene?

Yes. there is. I think one has to acknowledge influences here, because the role of Taylor Swift in the burst of country in Britain is very, very important. Because Taylor was writing songs about topics that my daughter could relate to in her life. So I think Taylor Swift was important, but also The Civil Wars – Joy Williams and John Paul White – they had a big influence on The Shires. Ben and Crissie wanted to emulate the harmonies and the sound and feel of their music. Once The Shires broke through and then Ward Thomas, I think that was a signpost that you could make music in this country that had its own identity, it did have a British feel to it, but it was Americana/country.

I think it has encouraged loads of other artists to come through now. The Wandering Hearts were my Emerging Artists at the Americanas [Awards] this year, and Rob Vincent was a couple of years ago. He has been over to Nashville, he’s doing great things. Catherine McGrath will be an important artist. So we’ve got a new generation of artists who are bursting through in Britain with their own identity. I think it’s worth saying that maybe 10 years ago, British country music was doing its best to sort of put on a cowboy hat and blue jeans and try and sound like the Americans. But that isn’t the case any more, we really do have our own here identity now.

Bob Harris presents a live three-hour show on BBC Radio 2 from backstage at C2C in London on Saturday, March 10 from 8pm.