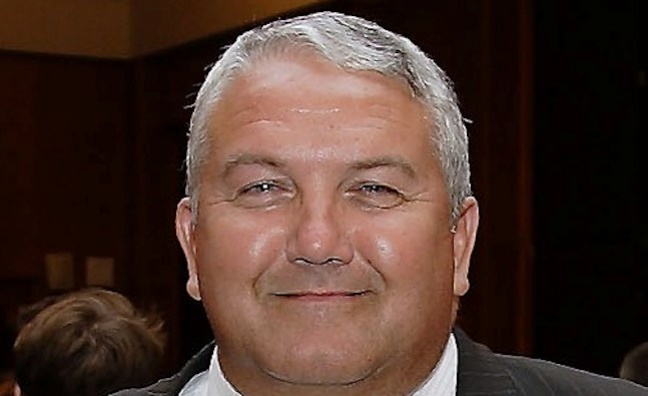 Friends and colleagues have been hailing Paul Latham’s many achievements in the live music business after the Live Nation UK president and international COO announced his retirement.

A double-page Live Nation advert in this week’s print edition of Music Week thanked Latham for “an incredible 34 years”.

Latham started in 1984 as assistant theatre manager at Apollo Leisure Group’s Apollo Theatre Oxford and stayed with the company as it became one of the UK’s leading venue operators. It was sold to Live Nation forerunner SFX in 1999, with Latham becoming VP of operations. He became UK president of Live Nation in 2002 and added COO stripes in 2009, guiding the company to ever greater heights.

Live Nation UK & Ireland chairman Denis Desmond said: “It has been my pleasure to know and work with my good friend Paul Latham for 28 years. Paul's many achievements over the years speak for themselves, not only in the commercial world but also the charities he has tirelessly helped. Wishing Paul every happiness on his retirement.”

Asked what it has been like working with Latham, Live Nation’s group general counsel Selina Emeny quipped: “What do you think? It’s been a riot and I’ve loved every minute.”

And executive assistant Nethelli Ordish said: “Working with Paul is definitely the highlight of my career so far. He has biggest heart of anyone I’ve ever known. I will miss him dearly every day, though my liver will be somewhat relieved.”

Latham oversaw multiple Eurovision Song Contests and Royal Variety Performances during his career, as well as the MTV Music Awards and working on Live Aid. He also served as chair of the UK Live Music Group, which sits within UK Music to represent the views of the live industry.

Paul's many achievements over the years speak for themselves, not only in the commercial world but also the charities he has tirelessly helped

Phil Sheeran, general manager of Motorpoint Arena Cardiff described Latham as “a visionary and an inspirational leader who wants no fanfare”.

“I will miss having him around and I thank him for the opportunities he has given me,” he added. “I studied marine biology at university. Paul interviewed me for the old Point Depot in Dublin. He ripped my CV in half and told me to stick my Jacques Cousteau shit where the sun don’t shine... I wanted that job straight away.”

And Mike Adamson, CEO, Live Nation Ireland remembered: “I’ve known Paul since 1984 when he joined me at the Bristol Hippodrome Theatre as deputy manager. It became our joint task to bring this beauty of a theatre back into the then 20th century. I could not have had a better companion for achieving the task in hand – the majority of the antics that took place to achieve this are certainly not printable, but our job was done within record time.

“When all appears muddled, Paul always has the most succinct answer. Paul is unique, for sure, in many ways - no subtleties, blunt, sees it as it is and uses words that I have never even heard of. The aforementioned mixed with charismatic charm, sharp wit and intellect always have you agreeing with Paul’s point of view or at least howling laughing at the unprintable honesty/truth.”