'It's been a struggle to find out where we're going next': Q&A with Nicky Wire of the Manic Street Preachers 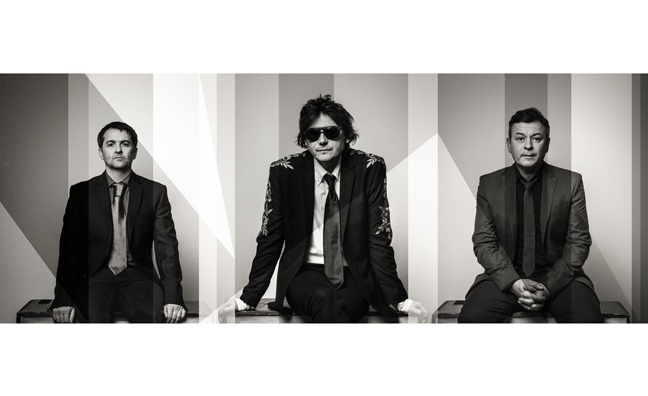 Nicky Wire has opened up on the past, present and future of Manic Street Preachers in a new interview with Music Week.

The legendary bassist and lyricist was speaking ahead of the release of the band’s 13th album Resistance Is Futile, which drops via Sony/Columbia on April 13. It is their first LP since 2014’s Futurology. (49,850 UK sales - OCC).

Here, Wire shares his thoughts on a range of music industry topics from streaming to Liam Gallagher - and remembers Mark E. Smith…

What can we expect from Resistance Is Futile?

“It’s just intensely melodic. One of the last things we’re sure about is when we make a really great record and we feel like we have done. Everything else becomes increasingly difficult to navigate through in life, but this feels like we’ve really pushed ourselves. We obsessed over every single song to try and make it as good as possible.”

The four-gap between since your last LP is the longest of your career; did you burn yourselves out creatively by making Rewind The Film (September 2013) and Futurology (July 2014) less than 12 months apart?

“We did, because they were really high-concept. You have Rewind, which was very confessional, acoustic and fairly low-key for us in terms of the sounds, then Futurology, which was this blistering sense of movement, and European art movements, and so you had to know your stuff. Since then, it’s been a struggle to find where we’re going next. We had to move studios as well, so that didn’t help. We looked down different avenues and thought the best thing we can do is maximise every one of these songs to their ultimate potential.”

What do you think about the future of the album as a concept?

“I love all forms of music but the album, for me, is the thing that resonates throughout culture the most. Obviously, that is changing and I have no idea what it will mutate to in the future, but I guess for my generation it still feels like the nearest a band can get to making a piece of art.”

Are you a streaming convert?

“I really struggle with all forms of technology so I can’t convert. I guess I kind of get bored with the obsession with platforms over music. It seemed to reach a peak two to three years ago when people were more interested in what platforms music would be delivered to than the actual music itself. To be honest, I’m completely baffled. I’m not pro or against anything, I have actually withdrawn from that side of it.”

Your 2000 stand-alone single The Masses Against The Classes was the first new No.1 of the new millennium, is that song the most unlikely No.1 ever?

“Yes. To have a No.1 record, which starts with a quote from Noam Chomsky and ends with a quote from Camus, with distorted drums and guitars blaring out, feels like something that could never happen again. That makes me sad because it’s such an unlikely thing to get to No.1.”

Why do you think it is so hard for rock acts to get chart hits these days?

“I don’t know, I can’t second guess what the public wants from music. There’s loads of brilliant music being made all the time, but that idea of having a No.1 record seems as distant as me flying to the sun.”

There is an ongoing campaign to protect the small venue network, how important was the grassroots circuit to the rise of the Manics?

“Those gigs were really special, travelling around the country playing Glasgow King Tut’s or Coventry Stoker, Southampton Joiners, Hull Adelphi, you name it. They were really crucial to learning your craft and to feeling that you were on your way as a group, tightly bound together. They were magical times and a lot of them have disappeared so it must be really hard. I’m so glad we were around when we were - we had a record company that would pay us tour support to travel around the world. I remember some bands used to moan, saying, ‘Yeah but it puts you in debt.’ And I was like, ‘It’s a fucking debt that you never owe anyone if you get dropped, who gives a shit?'"

You join Liam Gallagher, among many others, on the Warner/Chappell roster, what have you made of his resurgence?

“I think it’s great for music; it’s great for him. It shows what a rock star can be and it’s great for kids to have someone to put a picture on their wall, if they still do that, or wallpaper on their iPad. He’s a working class kid on stage still with one of the great voices and things like that don’t seem to happen anymore. My daughter, who is 15, really loves [As You Were] and got back into Oasis. I think there are kids her age who thought, ‘This is a good rock’n’roll dream - this is a bit different - a character that you can relate to.’”

How will you remember the late Mark E. Smith?

“He was a lyrical genius, someone you can’t copy because he's that good. Only in the UK could you produce someone with the talent and wit to create words like that. Sometimes you don’t understand the layers beneath them at first, but he created his own syntax and I think he’ll go down as one of our greatest ever writers.”