'It was just amazing': Emily Eavis looks back at Ed Sheeran's Glastonbury performance 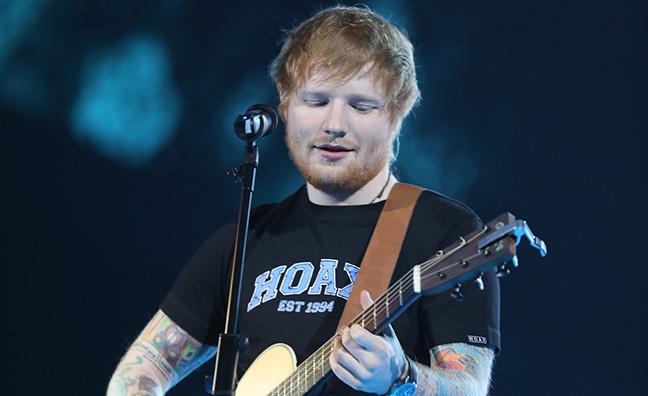 Glastonbury organiser Emily Eavis has reflected on Ed Sheeran's "amazing" headline performance at this year's festival. This week he was named Music Week's Artist Of The Year in our double Christmas issue.

Sheeran's set, which closed the 2017 event, attracted a huge crowd to the Pyramid Stage.

"Ed has come such a long way since he played his first Glastonbury set in 2011, in the solar-powered Croissant Neuf tent in the Green Fields," Eavis told Music Week. "He's always been up for performing here, and we're always keen to give new acts a chance to take the headline slot.

'With Ed being pretty much the biggest artist on the planet right now, he was a really clear choice for a headliner. Also, all the kids in Pilton are massive fans and kept telling me and my dad that we should get him!"

Eavis revealed: "We'd been talking to Ed's team for a while, as they started to plan the campaign for ÷. We were incredibly pleased when we heard they'd decided to accept the slot - particularly as it was Ed's only festival appearance of 2017.

"It was just amazing. This year's Glastonbury really was one of the best yet, with so many amazing performances and such perfect weather - and Ed just delivered the perfect finale on the Sunday night. His music really is very unifying, and it was lovely to see this huge crowd totally caught up in the performance.

"People almost take it for granted now that Ed can play these enormous shows entirely on his own with just a guitar and a loop pedal, but it's an incredibly impressive thing, and one that I think very, very few musicians could pull off."

The set, which drew a mixed response from critics, marked Sheeran's third Glastonbury appearance. "I didn't see the Croissant Neuf performance in 2011, but I did watch his 2014 Pyramid show," added Eavis. "It was very clear from that set that he was future headliner material. I remember that you could see huge sections of the crowd singing along to every word of every song.

"Will Ed be back? He's still only 26, so I'd be very surprised if we didn't see him here at the farm again. I certainly hope we will!"