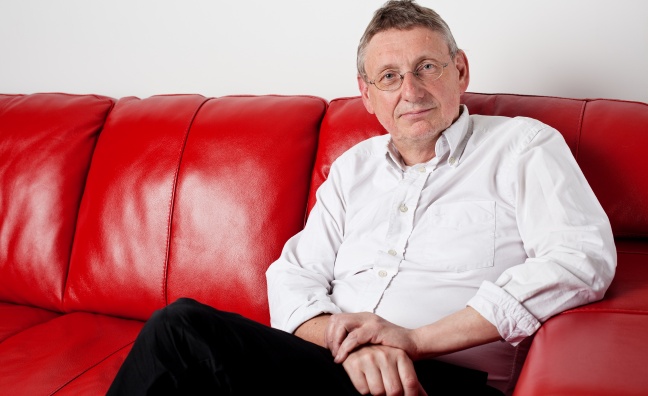 The 25th anniversary edition of the EFG London Jazz Festival starts today to kick off a 10-day celebration of jazz.

The festival programme, which runs from November 10-19, includes more 350 concerts at around 60 venues in the capital, with broadcasts on the BBC and Jazz FM expanding its audience further still.

Do you have any special plans to mark the festival's silver anniversary?

In a sense the festival is in its usual format, with gigs happening in all the major concert halls and throughout tother venues across the whole of London, so it's as always far reaching. But because it's the 25th we've done quite a lot of commissioning of new music. We've got major jazz stars like Herbie Hancock, but we've also done a lot of work commissioning young artists from the UK. A special edition of Jazz Voice is opening event at the Royal Festival Hall. It's the 10th year of Jazz Voice as well, so we've got a great line-up of singers which includes Seal and Mica Paris.

We've seen other jazz festivals incorporate other genres as well, is that true of the London Jazz Festival?

The first thing is to say that jazz is a pretty broad church these days and I think the truth is that for many years it has touched and been touched by a lot of other music. Jazz always looks outwards and absorbs and also changes people's perceptions - it's a dynamic music force. There was a lot of talk this year about the fact that it's the 100th anniversary of the first jazz recording - it's a slightly movable feast that one actually! But nevertheless, it's a nice marker. When you look at the change that's happened in the music from where it was in the early part of the 20th century through to where it is now, it's an extraordinary story and in a way what we try to do in the festival is to reflect that story: It has connections into dance music; it has connections into more formal music; it's created its own mainstream from the days of New Orleans Jazz through to swing, bebop and all the myriad forms that you're dealing with today.

How has the event evolved over the years?

The deep history is that it inherited the Camden Jazz Festival  an event that happened once and sometimes twice a year in the London Borough of Camden from the 1970s onwards. In 1993, we affected a change to start the transition from it being purely based in Camden through a London-wide event.It started to encompass a much larger group of venues across the city and it's increased that reach quite substantially so that now the festival reaches places like Croydon, Kingston and way out East and West. It's very much a city-wide festival but the intention was always to make a festival that both brought people in to listen to jazz in the main concert halls in the centre of the city, but also took the music out and respected the fact that there's promoters working in London clubs throughout the year that create the sense that jazz has become a very vibrant part of London's music community.

What is the capacity of the festival?

The reach of the festival is towards 100,000 people. It's difficult to quantify because we're working in 60 different venues and there's something like 350-360 events. All the concert and club events are separately ticketed and then on top of that there are a number of free events as well.

Are you introducing any new features fo this year's event?

Not particularly new but we've developed a lot of work that sits outside the concert halls. There are events going on at the Royal Academy of Arts and at the Barbican and the National Portrait Gallery - we've developed strands of work with the art galleries in particular, trying to find ways that music can connect with visual art in different ways. We've also been doing more events that give the audience the chance to find out more about the music such as panel sessions and interviews with musicians before their concerts. We've got study day with the University Of Liverpool that will look at the impact of jazz in Britain socially and culturally across the '20s and '30s. The regional connections are very important for us.

What is your typical demographic?

What's interesting is the fact that today's generation of musicians are approaching jazz from a lot of interesting angles. We're seeing quite a golden period of jazz in this country and in the States as well - worldwide maybe. There are a lot of young musicians who are finding their way into jazz through other genres, whether it be hip-hop or soul, or funk or club music, or indie rock for that matter.

What are your main hopes for this year's EFG London Jazz Festival?

It always is to reach as many people as possible, I think that's a key thing. Certainly the advance sales for the concert programme and some of the club programme have been fantastic. It's very important for us to make the point that jazz is a living, breathing entity. It's often seen as a niche area but we're seeing really large numbers of people.