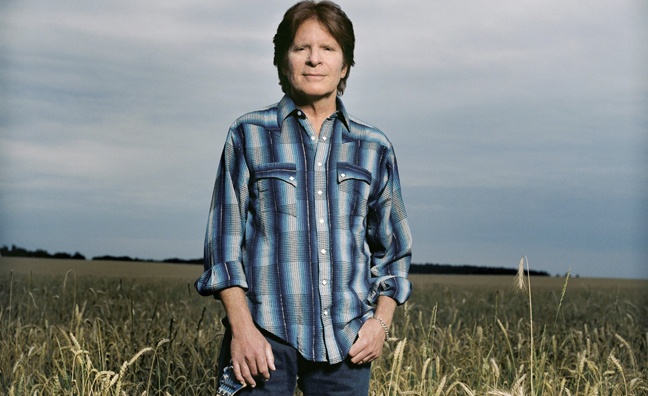 John Fogerty and Steve Miller Band have been confirmed for the opening night of the 2018 edition of BluesFest, which is expanding to four nights.

The rock legends will play their only UK shows of the year on the opening night of the festival at The O2 in London on Thursday, October 25.

Fogerty (pictured) will perform a Creedence Clearwater Revival greatest hits set in what will be his first UK headline show in 10 years, while Steve Miller Band, who are celebrating 50 years since the release of their debut album, will also play a full set.

Leo Green, Live Nation's director of live events, said: “Of course it goes without saying that John Fogerty and Steve Miller Band are two acts that have been on our wish list for some time and we’re delighted to have confirmed exclusive shows with them for this year’s BluesFest."

BluesFest celebrated a record 2017, selling 40,000 tickets across three nights, with acts including Steely Dan, Hall & Oates, Kenny Wayne Shepherd, The Doobie Brothers and Gov’t Mule. This year’s festival will be held over four nights from October 25-28 and will again utilise all areas of The O2 complex, including the arena and Indigo At The O2. Further artist announcements will be made over the coming weeks.

"BluesFest 2017 was a resounding success and I’m incredibly pleased with the progress we’ve made over the last seven years," added Green. "Once again we’ll be at The O2 for BluesFest London and following the success of the inaugural BluesFest Dublin last year, I’ll be looking at increasing our international presence and expanding into a number of new territories whenever and wherever appropriate.”

Tickets start at £45 and go on general sale on Friday March 9th at 10am.