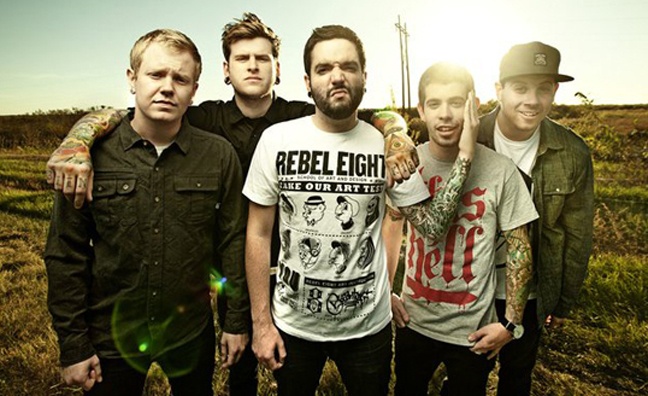 The Kerrang! Awards is to debut a new format tonight with performances from A Day To Remember and Asking Alexandria.

The ceremony, which takes place at Troxy in east London, has not previously featured a live element. The change in format comes as part of a multi-layered strategy from the magazine’s publisher Bauer Media Group, in a bid to bring the fans closer to the talent and the sponsors closer to the fans. Bauer plans to roll out the new format across Q Awards and MOJO Awards later this year.

The first half of the evening will welcome 600 celebrities, musicians, industry leaders and VIP ticket holders. During the ceremony, 700 fans will have the opportunity to enjoy the awards ceremony from the upper circle. However, new for 2016, the doors will re-open at 9pm for the likes of a further 1,300 fans for an exclusive after party and two live performances.

“This year we felt it was time for a change,” said Kerrang! senior event producer Emily Rose Bramfitt. “We have some incredible sponsors on board including Redstripe, Zipoo, Fireball, Ghost Vodka and Help Musicians UK and we wanted to give them the opportunity to directly communicate with a targeted audience. Fans can also come to the after party and brush shoulders with their idols.

“Essentially, we are attempting to run two completely separate events within the same venue across one evening. Having worked with the Troxy team for the last four years we have complete faith in them and we wouldn’t have thought to pull this off anywhere else.”

Troxy’s two floors allowing the formal dining and award ceremony to take place on the Ground Floor, with fans watching from the fixed booth and tiered seating in the Circle above. After the awards and when the tables downstairs have been cleared, fans can join the celebrations for the live acts that are performing on the main stage.

“This year’s Kerrang! Awards are hugely exciting and we definitely love a challenge,” added the venue’s business development manager Daniel Smith. “We love working with Bauer Media as they are not afraid to revolutionise and improve the industry and we are glad to play a part in that.”