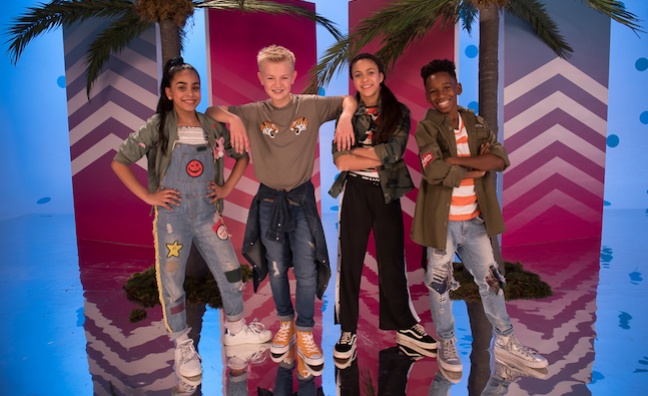 The British Kidz Bop Kids are to open for the Harlem Globetrotters on the basketball legends’ arena tour.

Kidz Bop Kids will support the Harlem Globetrotters on the UK leg of their 2018 Amazing Feats of Basketball World tour. The four British dates include Liverpool Echo Arena (May 25), Manchester Arena (May 26), Bournemouth International Arena (May 27) and the O2 Arena (May 28).

The UK version of the American children’s music brand is currently enjoying a second week in the Top 10 with Kidz Bop Summer ’18. The latest release in the franchise features family-friendly covers of hits including New Rules, Havana and Anywhere, as well as the first original Kidz Bop Kids UK composition, Make Some Noise. Kidz Bop Summer ’18 has moved 9,248 copies in its first two weeks, according to the Official Charts Company.

Victor Zaraya, Kidz Bop president, said: “The Harlem Globetrotters put on an incredible show that’s great for the entire family. We’re thrilled that they invited the Kidz Bop Kids to join them as special guest openers. The Kidz Bop Kids are looking forward to supporting the Globetrotters and performing songs from their new album, Kidz Bop Summer ‘18, live for fans at some of the UK’s most iconic venues.”

Howard Smith, president of the Harlem Globetrotters, added: “We’re thrilled to expand our partnership with Kidz Bop beyond the United States. Having entertained millions of fans in 123 countries around the world, we see so much crossover appeal between our fan base and theirs no matter where we play, and we think our partnership will provide great value to our ticket buyers. We look forward to partnering with them during our UK events.”