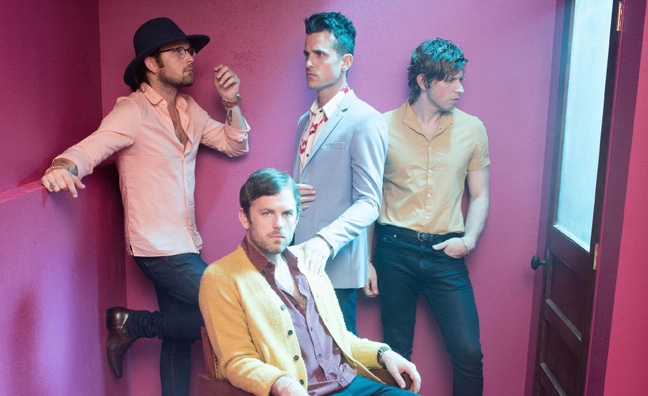 King of Leon have been unveiled as the third headliner of next year’s British Summer Time Hyde Park shows.

The US group will be supported by alt rock legends Pixies, as well as Nathaniel Rateliff & the Night Sweats, on Thursday, July 6 2017.

“It’s always a pleasure to party with our amazing fans at Hyde Park,” said Kings of Leon’s Nathan Followill.

James King, SVP, AEG Live, commented: “Hyde Park has played host to what could easily be described as some of Kings of Leon's finest moments. To return to the park on the Great Oak Stage with an incredible new album and live show, together with such powerful special guests as the Pixies and Nathaniel Rateliffe is going to be another highlight for their fans.”

Daniel Mathieson, head of experiential marketing and partnerships for Barclaycard, added: “We’re really excited that rock royalty, Kings of Leon, are going to headline at Barclaycard presents British Summer Time Hyde Park 2017 – performing songs from their recent number 1 album and their biggest hits. The atmosphere is going to be electric. Barclaycard customers can beat the rush with our exclusive pre-sale access from 9am on Saturday, 26 November.

“It’s hugely exciting to have Kings of Leon back in London for a UK festival exclusive next year,” said Penelope Boyd, head of events at The Royal Parks. “Since it began in 2013 Barclaycard presents British Summer Time Hyde Park has become a firm favourite in the events calendar, bringing a diverse range of entertainment and the world’s biggest artists to this iconic park.”