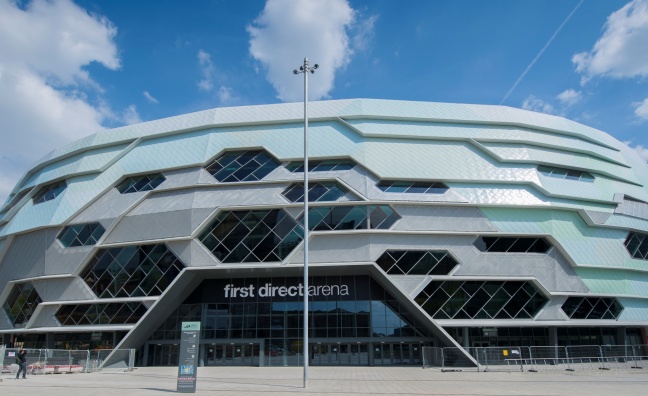 First Direct has extended its naming sponsorship of Leeds arena for a further five years.

The agreement means the 13,000-capacity venue will continue to be called the First Direct Arena until at least 2023.

The partnership, which began before the SMG-operated venue opened in July 2013, has resulted in a range of benefits for First Direct Bank customers, from exclusive pre-sales, complimentary tickets, an exclusive entrance, and free food and drink within the arena. It has also seen First Direct bank playing an instrumental role in bringing some of the biggest events to Yorkshire, from the MOBO Awards, to an exclusive Jake Bugg concert.

“The First Direct Arena is our flagship venue and we wanted a sponsor that matched our ambitions for it," said SMG Europe CEO John Sharkey. "First Direct and SMG Europe share a passion for customer service, innovation and pushing boundaries and as such, it's a perfect fit. We are delighted to announce this extension and we're looking to really build on the already strong foundations in place.”

The extended deal will see the bank and the arena working even more closely together.

"The reaction of our customers to our association with the arena has been outstanding and we’re delighted to be able to commit to an additional five years and begin planning the exciting years of partnership to come," said Joe Gordon, head of First Direct. "Other banks have branches, but we have an arena!”