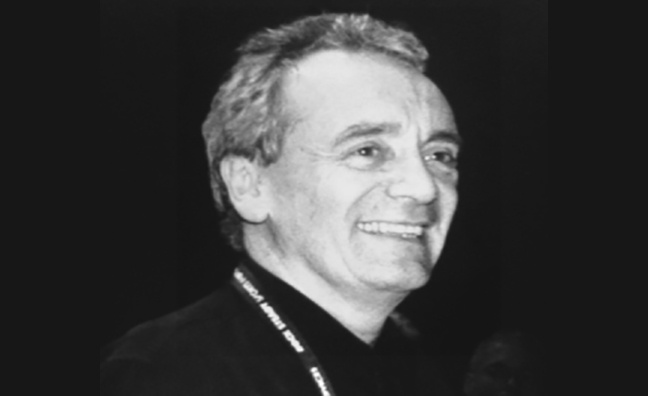 Legendary promoter Barrie Marshall has spoken of his joy at being awarded an MBE for services to music promotion in the New Year’s Honours list.

The Marshall Arts chairman, who has worked with Sir Paul McCartney since his 1989/90 world tour, has also promoted the likes of Elton John, George Michael, Taylor Swift, Sting, Pink, Lionel Richie, Janet Jackson and Bon Jovi in an illustrious 40-year career. AEG bought a chunk of the company back in 2006.

Sir Paul, who was knighted in 1997, was among the first to congratulate Marshall on his MBE, tweeting: “A tip of the hat. Well done, Barrie!”

“I have no idea who might have even suggested me for this, but it really is a special moment,” Marshall told Music Week.

“I am quite overwhelmed with the messages and kind words from so many people, which I so appreciate.

“I could never have expected such an honour for just doing my job. But this award isn’t just for me. It is for my great teams both here in London and LA.

It is because of all the amazing artists that I have been privileged to work with, and their managers and agents, who trusted me to work hard and share their journeys, and who have been so influential in my life and career – and brought so much pleasure to so many people.”

Marshall, who founded Marshall Arts in 1976, added the timing of the award was tinged with sadness due to the death of his longtime client, George Michael.

“It was devastating to think that voice would never be heard live again. But we must be grateful that his music will live on for all to enjoy,” said Marshall.