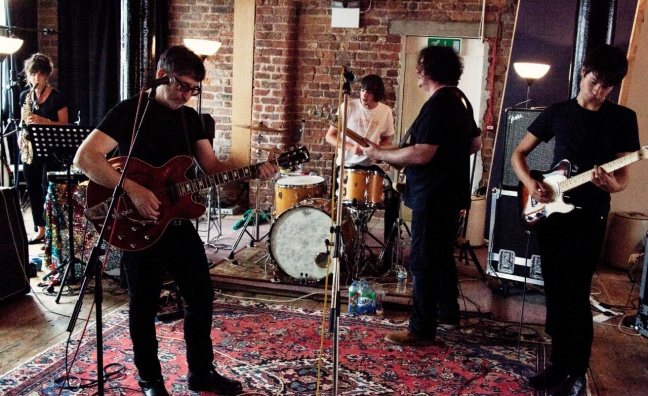 Lightning Seeds will be performing at this year’s Legends Of Football event, which will honour Liverpool great Steven Gerrard.

Now in its 22nd year, the annual fundraiser returns to the Grosvenor House Hotel, London, on Monday, October 2.

Sponsored by HMV, the event aims to generate funds for music therapy charity Nordoff Robbins. To date, Legends Of Football has raised more than £7 million, enabling it to provide tens of thousands of music therapy sessions for some of the UK’s most isolated and vulnerable people.

“I have heard such wonderful things about the Legends Of Football event and the great work it does to support Nordoff Robbins music therapy,” said former England skipper Gerrard. “I am looking forward to a fantastic night in the company of close colleagues and other members of the football family as well as the passionate fans and supporters who help to make it such a special evening.”

Liverpool’s Lightning Seeds, who penned the legendary Euro 96 anthem Three Lions with David Baddiel and Frank Skinner, will provide the musical entertainment on the evening.

Lead singer Ian Broudie said: “As a staunch Red, it’ll be an honour to be part of such a special event. Steven Gerrard is undeniably one of the true greats of the modern era, at the very centre of some of the most memorable moments I’ve ever experienced as a Liverpool FC fan. It’s gonna be a great evening in aid of Nordoff Robbins, a genuinely brilliant charity who do so much fantastic work, and we’re absolutely delighted to be involved.”

The last remaining table packages and tickets are available for the Legends Of Football celebration here.