Live agent Jon Ollier: 'I can't think of a better time to start a new business' 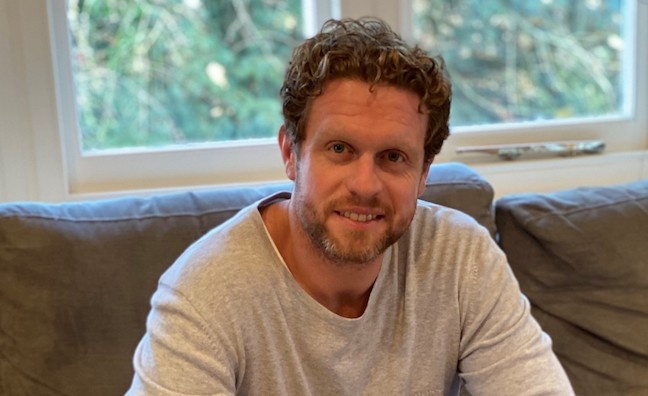 Jon Ollier has told Music Week the time was right to start a new company with the launch of his independent booking agency One Fiinix Live.

Ollier has brought a roster of acts to the new venture including Ed Sheeran, Anne-Marie, Lauv, 2Cellos and JC Stewart after departing CAA.

"I can't think of a better time to start a new business - to invest in something at the bottom of the market that can take advantage of the fact that the larger companies are, to a certain extent, kind of paralysed at the moment and not entirely sure which way is up," said Ollier. "They're shedding talent, they're not capitalising on ideas, they're not moving quickly, and so I thought that to create a vehicle that could do all of those things, this is the best time to do it.

"The company has been set up in a way that we can capitalise on the way in which the music business is going to move in response to this pandemic. I think that it's going to become a way more collaborative environment, where the sharing of ideas and information and the general discussion across company boundaries is going to be encouraged. We have to put the ecosystem before the individual at this point in time.

"It's not going to have a formulaic way of building: we can go into partnerships, we can have a look at other areas of business and we can go into ventures as they come up - and we can be nimble in that respect. The ambition is to build a company that can be malleable and work in that new environment."

The agency world has been the subject of much upheaval amid the coronavirus crisis. Five former Paradigm booking agents recently joined forces with former Billions Corporation COO Matt Yasecko to launch new agency Arrival Artists, which is partnering with ATC Live in Europe, weeks after five other ex-Paradigm agents teamed up to launch new US-based talent agency TBA.

"The large agency model of consolidating the smaller agencies into bigger groups over the last 10 years isn't really built for survival under these circumstances," said Ollier. "So I predicted that these companies would fracture and we'd see people fall away.

"I think that will continue to happen and I think it's good for the business, because it makes it more diverse andshares the power out a little bit. How that will actually change what we do, remains to be seen. It depends whether people use that opportunity to be innovative and to look at their business models or whether they're just going to continue doing the same thing elsewhere."

Ollier began his career at the Helter Skelter Agency and was with Free Trade Agency prior to joining CAA in 2015. The Music Week Award-winning agent said his clients had been supportive of his decision to launch his own venture.

"They encourage creativity and entrepreneurialism," he said. "Essentially, each artist runs their own business so they have that kind of mindset and they believe in me, I'm lucky enough to say. So everyone's been really positive about it."

Sheeran's manager Stuart Camp also went it alone in 2018, departing Rocket Music to launch Grumpy Old Management. Ollier was international booking agent for Sheeran's record-breaking 260-show ÷ world tour of 2017-19 and admitted he was relieved the run was wrapped up prior to Covid-19.

"I'm incredibly grateful that the tour finished when it did and that the time off Ed's chosen to have is when it is," he said. "We're all very fortunate that's the case, because it could have been devastating to everyone if this had happened in the middle of that tour. But I don't dwell on the past and I won't cling on to it like a life raft. We all have to be pragmatic about what we've got in front of us now and it's about what comes next that matters."

Meanwhile, Ollier had only good things to say about his former employers at CAA, where he served a near six-year stint.

"My time at CAA was the best six years of my life," he said. "They did an incredible amount for me personally, they did an incredible amount for me professionally. We had such a great time working on the biggest tour of all time and no one will ever be able to take that away from us collectively. It's just that I felt I had to have my own response to the current situation."

Emma Davis, Ollier's long-time right-hand, has linked up with him again at One Fiinix Live, with further appointments possible moving forward.

"We are open for business," added Ollier. "I've had a very amicable departure from CAA and that was because everything was very open and honest. Part of that open honesty was that I wasn't sneaking around doing backdoor deals, so the process of bringing people in starts now."