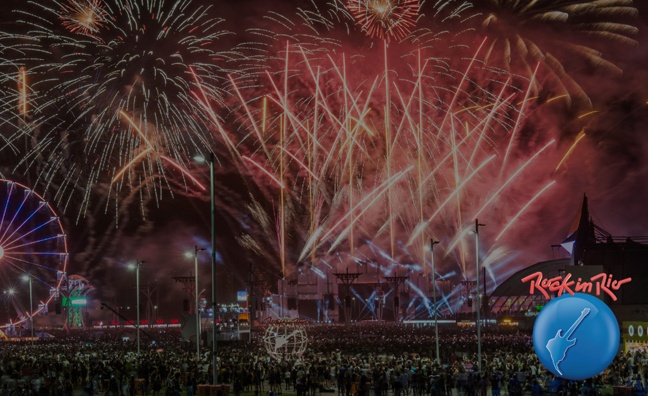 Live Nation has acquired a stake in legendary festival Rock In Rio.

The festival, which began in 1985, currently operates biennial events in Rio de Janeiro, Brazil and Lisbon, Portugal and has hosted 18 editions with more than 1,700 artists, attracting nine million attendees. A US spin-off event was also held in Las Vegas in 2015.

"We are delighted to bring together the world's biggest music festival with the largest entertainment company on the planet," said Roberto Medina, Rock in Rio's founder and president. "The partnership will generate a number of synergies that will enable the realization of even greater ambitions for Rock in Rio. We are two companies with a united global vision and the ability to achieve big dreams."

Medina and his team will remain key stakeholders of Rock in Rio, continuing to manage all aspects of production as well as consulting across the business.

"Rock in Rio is a marquee event which set the standard for festivals in South America," said Live Nation president and CEO Michael Rapino. "Roberto and his team have grown Rock in Rio to become a truly global event and the preeminent festival in the emerging live events market in South America. We look forward to integrating  their industry expertise into the Live Nation business."

The company acquisition extends Live Nation's presence in the region, with its partner C3 Presents expanding the Lollapalooza franchise across Brazil, Chile, and Argentina.