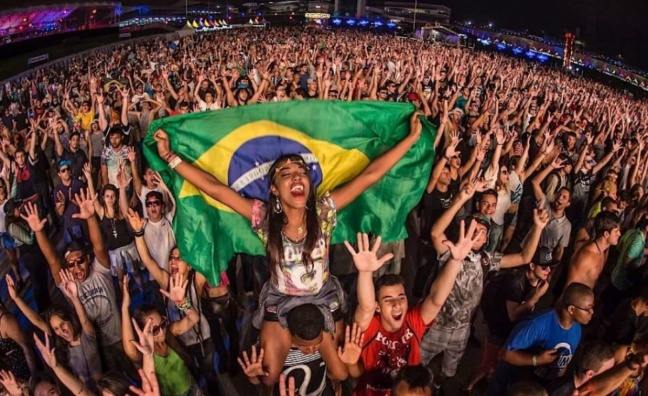 Live Nation has expanded into Brazil with the hiring of Alexandre Faria as director and SVP of talent buying.

Faria, who has been a major talent buyer and promoter in Latin America for more than 20 years, will focus on booking and producing shows for major artists visiting the country, which is South America's largest live entertainment market. Based in Sao Paulo, he will report to Live Nation's president of Latin America, Bruce Moran.

"Cities throughout Brazil are becoming key tour stops as more global artists visit their fans in Latin America," said Moran. "The knowledge, relationships and passion Alexandre Faria displays for promotions makes him a great asset to Live Nation as we continue to expand concert offerings to meet growing demand across Brazil."

Faria began his career in 1994 as an independent promoter, before joining indie promoter Mercury Concerts in 1999. In 2000, Faria moved to regional live events promoter CIE Brasil, which later spun off as T4F Entretenimento S.A.

Faria has spent the last seven years at T4F, booking and promoting all major events for the group throughout South America, working with acts such as U2, Lollapalooza, Pearl Jam, Foo Fighters, Coldplay, EDC, Maroon 5, Black Sabbath, Madonna, One Direction, Justin Bieber, Metallica and Roger Waters.

"I'm excited to join the Live Nation Latin America team during a time with so much opportunity and development," said Faria. "Together, we will bring the people of Brazil and Latin America standout performances from international artists as well as local talent."

Upcoming tours in the region include Coldplay, Bon Jovi, U2, Paul McCartney, Maroon 5 and Bruno Mars.