Live Nation hopes for 'full scale' return of concerts in 2021 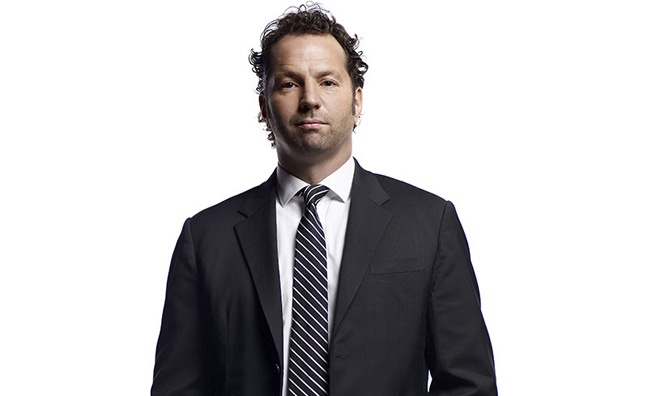 Live Nation chief Michael Rapino has outlined the company's battle plan to bounce back from the coronavirus crisis, with hopes for the "full scale" return of concerts in 2021.

Last week, the company revealed its Q1 earnings were down 20% year-on-year due to the impact of the pandemic. The figures covered the period to the end of March, which included only a couple of weeks of cancelled gigs in the US and UK.

Nonetheless, the company said it continued to have "full confidence in the long-term supply and demand dynamics of the live concerts industry". Saudi Arabia's Public Investment Fund acquired a 5.7% stake in Live Nation last month. The promoter's share price rose after the announcement, having halved in the wake of the Covid-19 crisis after reaching an all-time high of $76.08 on February 21. It currently stands at $41.96.

"We remain motivated by the long-term potential of global live events," said Rapino (pictured). "It is in our DNA to gather, socialise and celebrate and, as we provide reassurances on health and safety at the venues, we expect our business to build back. Live Nation is best positioned in the live ecosystem to play the long game, capture new opportunities and continue leading the industry into the future."

Live Nation recently confirmed that Rapino was giving up his $3m (£2.4m) salary as part of cost-cutting moves in response to the pandemic. Other senior executives at Live Nation have seen their salaries reduced by up to 50%.

Speaking to investors on last week's earning call, Live Nation president Joe Berchtold said around 9,000 shows had been impacted by the lockdown, of which about 20% have cancelled and 80% are being rescheduled.

Berchtold said the company had "$1.7 billion of available untapped liquidity" and "about $150 million a month of operational cash burn". "So that says you can go through this year without doing shows at any scale without any concern," he said.

Here are a number of the other big talking points to come out of the report.

When will concerts return?

"The facts and science" will determine when the company will start putting on concerts again, said Rapino who suggested that some shows could resume as early as the autumn. "Europe specifically has talked about September opening up 5,000-plus," he said. "So I think you'll see the fall time more experimental and more shows happening in more of a theater setting and into some arenas. And then our goal is really to be on sale in Q3 and four for 2021 at full scale, and testing all through the summer."

Rapino said that Live Nation and AEG "are the two companies that can withstand this storm as long as it plays". "We're not looking to rush and provoke any new spread of the virus," he said. "We want to do it smart with local participation. But there's lots of great opportunities that are arising now where we will get to test over the summer period."

Ninety per cent of fans were holding on to their tickets for rescheduled shows, said Rapino. "That's the clearest demonstration of pent-up demand that will enable us to quickly start concerts back up," he said. "Looking a bit farther out, given that 80% of shows are rescheduled rather than cancelled, and as noted, almost all fans are holding on to their tickets, we believe 2021 can return to show volume and fan attendance at levels consistent with what we've seen in recent years."

Rapino spoke about the innovative ways the company is helping artists stay connected with their fans.

"Almost one million fans have come to our Live At Home site to find virtual tours and acoustic performances from their home," he said. "And millions of fans in over 100 different countries have joined Insomniac's Virtual Rave-a-Thons, while drive-in concerts are finding a new purpose to socially distant concert halls.

"Throughout all this, we are still motivated by the long-term potential of global live events. It's in the DNA of us to want to gather, socialise and celebrate. And as we provide assurances on health and safety at the venue, we expect our business to build back. Live Nation is in the best position in the live ecosystem to play long and to capture new opportunities, continue leading the industry into the future."

He also raised the possibility of reduced capacity shows in the coming months.

"We're going to dabble in fan-less concerts with broadcast," he said. "We're going to go and reduce capacity shows because we can make the math work. There are a lot of great artists that maybe they can sell an arena out, but they'll do 10 higher-end smaller theaters or clubs."

The future of venues

A survey of 8,000 fans across the US about the requirements for returning to shows revealed two clear priorities: increased cleaning and sanitising of the venues and ready access to hand sanitising stations. "In addition, we expect to have additional safety protocols in place, potentially including reduced capacity, touchless concessions and creative ways to apply our digital ticketing technology," said Rapino.

In March, Live Nation, AEG, CAA, WME, Paradigm and UTA formed a task force to “drive strategic support and unified direction ensuring precautionary efforts and ongoing protocol are in the best interest of artists, fans, staff, and the global community”.

Rapino praised the support of artists, agents and managers, and suggested that deals would be done differently to help the business get back on its feet. "The reality that in 2020 and 2021, the promoter can't take all the risk on the business as we historically have," he said. "We need to share some of that, especially refunds on the guarantees.

"We absolutely are getting great latitude from the artists and agents to look at a traditional business of high guarantees and all of our risk, to help share that risk into 2020 and '21, to get the shows back on the road and help us absorb the show, but not take all of the refund sales, sponsorship, food and beverage unknowns for the next six to 12 months. They're helping sharing some of that risk which will provide us great opportunity to get back, scale fast, but not have to worry about losing money on the show."

Rapino said the concerts business had an advantage over certain other attractions in not being time-dependent. "The fan wants to see Billie Eilish," he said. "They would have liked to seen her in March, but they'll wait until October or they'll wait until February. The average customer goes to two and a half shows a year. So these are the Kodak moments, and they'll wait for them."