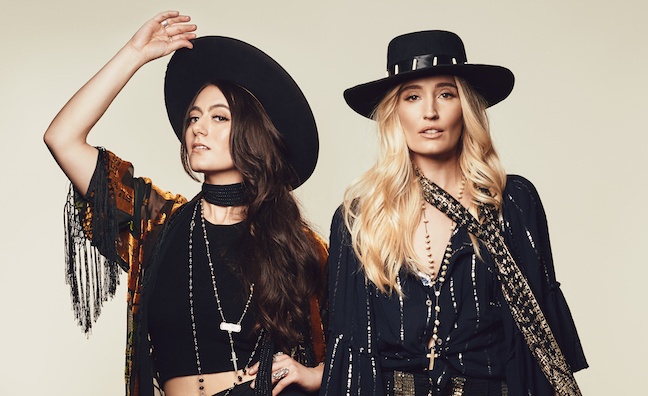 Live Nation has announced a UK tour for its new initiative Next From Nashville, which will showcase emerging talent from the legendary "Music City".

The initiative, which will premiere at The Great Escape in Brighton on May 14, is presented by the Country Music Association (CMA) and promises to champion the city’s musical diversity and progressive sound in genres including rap, rock and pop.

Featuring performances by Blanco Brown, Danielle Bradbery and The Sisterhood Band (pictured), the showcase will be followed by UK tour dates at Liverpool Arts Club (May 16), Glasgow St Luke's (May 18), Birmingham O2 Institute 2 (May 19) and O2 Shepherd's Bush Empire (May 20).

Anna-Sophie Mertens, VP touring Live Nation Concerts said: “The Great Escape is the perfect platform for Next From Nashville to present the most exciting acts emerging from the city’s scene. Nashville has been responsible for an array of prolific artists, songwriters and musicians. We look forward to showcasing some of this talent at the Great Escape and on its nationwide tour for the first ever UK edition of Next From Nashville.”

Milly Olykan, CMA VP, international relations & development, said: “We are excited about the growth and development of the Country market we’ve seen in the UK over the past few years. With the ongoing support of the BBC, an increased Country radio presence in the UK and a solid touring and festival market, it‘s a great time for us to showcase the genre at The Great Escape and engage with fans and industry who have not yet discovered Country music”

Tickets for the Next From Nashville tour are available Friday, February 28 at 9am.