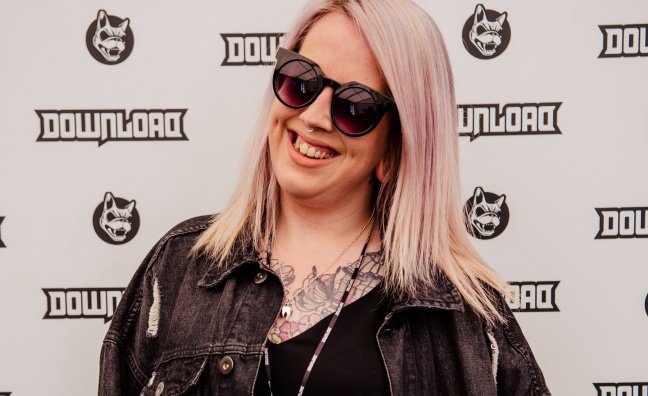 Van Spronsen, who became the first female member of the Download Festival booking team, joined Live Nation UK in 2017 as associate promoter and worked on tours such as J Cole, Zara Larsson, Architects, Parkway Drive and Pvris. She also helped launch the WWE NXT UK wrestling live shows in the UK in 2018.

“It’s great news that we can add Steph to Live Nation’s growing female promoter base," said Andy Copping, executive president of UK Touring. "Steph has been working with me on Download and her ability and drive are phenomenal. Live Nation is wholly committed to recognising talent like hers and nurturing it for future leadership”

Van Spronsen moved to London as a vocalist at the age of 19, but quickly took to the business side of music. She began her career at Visible Noise records working with acts such as Bring Me The Horizon and Bullet For My Valentine, followed by a stint a Radio/TV Plugger at The Noise Cartel. As part of the PR team she oversaw festivals including Sonisphere, Bloodstock & Hellfest and worked with artists including Alice Cooper, Asking Alexandria, Frank Carter & The Rattlesnakes and Papa Roach.

In 2016 she became tour coordinator of the not-for-profit organisation Music Saves Lives on the Vans Warped Tour in the USA, helping to raise money by encouraging bands to support the charity.

Denis Desmond, chairman of Live Nation UK and Ireland, said: “Andy’s team continues to build its talent base.  Our long-term investment applies as much to our promoters as it does to our artists. The UK team just gets stronger and stronger and I am delighted for Steph and excited for Live Nation.”