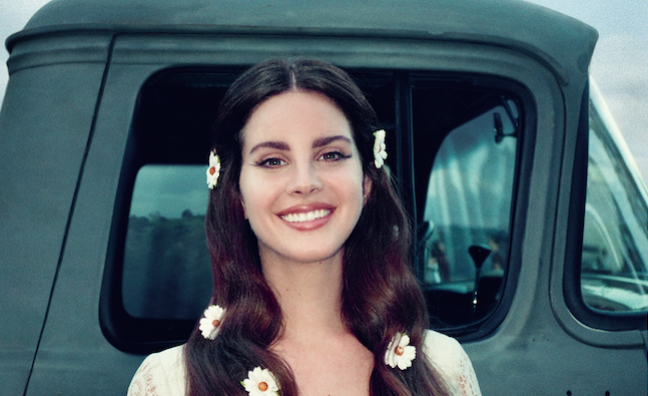 Queen of smoky bars, Phil Spector-style harmonies and love-gone-wrong, Lana Del Rey has, previously, sold herself on darkness. This time, with new release Lust for Life, she returns into the light, more self-assured and confident than ever.

This show at O2 Academy Brixton marks her first appearance in the UK in three years (her last being at Glastonbury in 2014). She was an initially uncertain performer – her famously awkward rendition of Blue Jeans on Saturday Night Live in 2012 has been dubbed ‘the worst performance ever’, and was followed by a series of vicious reviews. She was the woman the media loved to hate – until her Coachella set and the release of Ultraviolence (both in 2014) helped to win her the respect she has always deserved.

Del Rey beams as she walks on stage, and is met with rapturous applause. She opens with Cruel World, a triumphant ode to youth and freedom (a theme Del Rey repeatedly returns to). In the 14-song set, just four are from her new record – a testament to both the consistency of her output, and to her unshakeable urge to surprise.

She waltzes with us through her back catalogue: new releases like Cherry and White Mustang are tempered with older classics such as Born To Die and Video Games. For a musician obsessed with the drive (all but one of her album covers feature cars), Del Rey takes a deliciously dreamy, roundabout route.

Highlights come in the form of dark, euphoric Shades Of Cool (the best Bond theme that never was) and an a cappella rendition of Love, the lead single from Lust For Life. The latter performance is proof of Del Rey’s growth in confidence – when, for unspecified technical reasons, the band cannot accompany her, she exclaims, "Fuck it", and goes it alone. The result is stratospheric – her voice soars to lofty heights as the crowd accompany her.

The show closes with Off To The Races, which develops into a glowering instrumental crescendo before screeching to a halt. Del Rey and her band disappear off stage. We expect an encore – but the lights come up, and the stage remains empty. As always, one is left with the feeling that she has both given us everything and tantalisingly held something back.

If this performance and Lust For Life are anything to go by, as Lana Del Rey matures, things are only going to get more exciting.