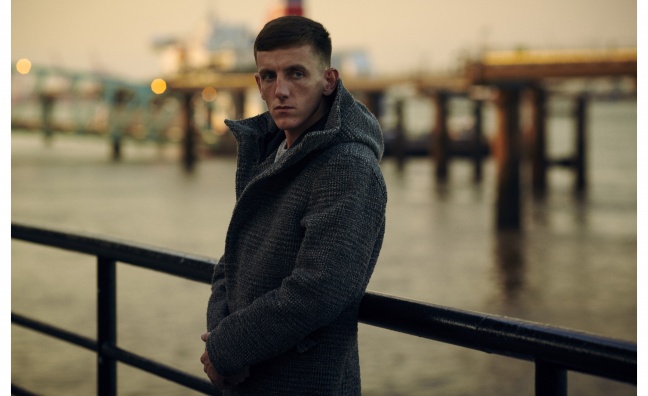 There are two schools of thought regarding 2016’s lack of breakthrough artists.

The first (and most trodden out) is that the streaming revolution has made the process of breaking new acts lengthier and more difficult.

The other - a viewpoint gathering steam on the back of the Rag’N’Bone Man phenomenon - is that last year’s crop of new talent simply didn’t meet the required standard.

Where the truth lies should be made clearer by the progress of one of 2017’s great hopes, Louis Berry. Because make no mistake, the Liverpool singer possesses that most desired yet indefinable of qualities - *it*.

Taking to the stage for the first of two sold out nights at Ben Lovett’s impessive new 350-capacity Omeara in London Bridge, Berry displays the skill and swagger of an established star, backed by a superb four-piece band. Leading sing-alongs of tracks such as She Wants Me, Restless and 25 Reasons, it is evident the raspy voiced songsmith with a backstory worthy of a film script has wasted no time in building a dedicated fanbase.

Sonically, comparisons to Jake Bugg are justified. But whereas Bugg can come across as a reluctant rock star, Berry embraces the spotlight, interacting with the crowd throughout, playfully batting away questions about when that first album will drop and even granting kisses to some of the front row.

Approaching the end of his hour-long set, the 25-year-old's declaration that there will be no encore is met with light-hearted booing ("I don't want you cheering when I say it's my last song!").

Berry will step up to Camden’s 1,410-capacity Koko on May 31. Unlike tonight, there is so much more to come.