Liverpool Echo Arena to be renamed the M&S Bank Arena 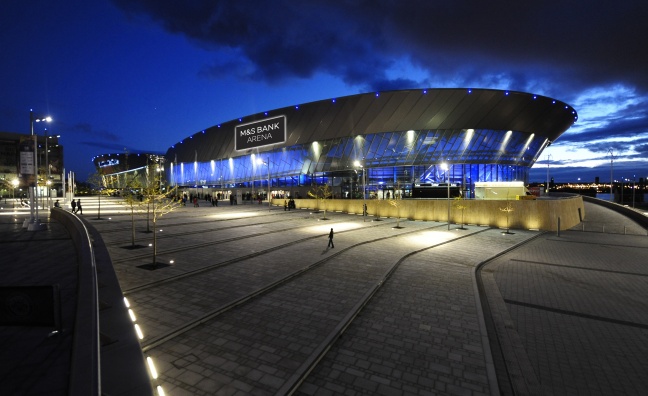 Liverpool's Echo Arena is to be renamed the M&S Bank Arena early next year after securing a new naming rights partnership.

The venue has hosted more than 1,200 performances since it first opened its doors in 2008. Upcoming shows include Paul McCartney, George Ezra, Def Leppard, Sheridan Smith, Boyzone and Bryan Adams.

The Liverpool Echo, the city’s daily newspaper, will continue its 10-year partnership with the arena as a key business partner.

Bob Prattey, CEO of ACC Liverpool Group, which includes the Arena, Exhibition Centre Liverpool and Convention Centre, said: “We’re incredibly excited to announce the launch of the M&S Bank Arena. It’s a fantastic way to conclude a phenomenal year that has seen us mark 10 years since the Arena first opened its doors.

“M&S Bank is one of the UK’s leading challenger banks, with a long-established history in the region.  The business shares our passion for the city of Liverpool, making it the perfect naming partner for the Arena, complementing the great partnership we already have in place with the Liverpool Echo which will continue as a key business partner.”

Sue Fox, CEO of M&S Bank, said: “M&S Bank has been based in the North West since the business was formed in 1985, it has continued to evolve over this time to the full service bank it is today and our past, present and future are firmly rooted in the region.

“We’re very much committed to supporting our local community and over the last 10 years we’ve seen the arena bring a phenomenal breadth of entertainment and cultural events to the city of Liverpool, it has also delivered fantastic economic benefits to the city and the wider region. We’re extremely delighted to be a part of something incredibly special and look forward to the launch of the M&S Bank Arena early in 2019.”

The venue has welcomed 5.6 million visitors since opening and the ACC Liverpool campus, also home to the Convention Centre and Exhibition Centre Liverpool, has generated £1.6billion in economic benefit for the Liverpool city region.