London EMAs: The Music Week verdict on the MTV flagship's long-awaited return to the capital 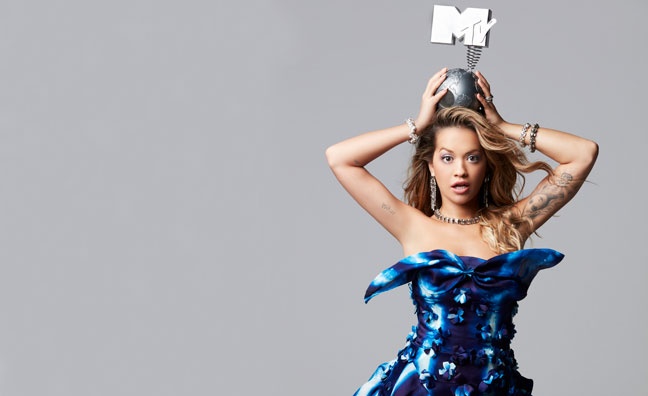 Much has altered in the 21 years since MTV last held its Europe Music Awards in London, but its capacity to attract the hottest artists in the world remains unchanged.

Winners are listed below but, first, here are Music Week’s standout stars from a night more than two decades in the making…

It was a huge coup for MTV to have the rap icon open the show and Eminem soon turned doubters of his new Beyoncé collab Walk On Water into believers with a stunning performance, which began in a London pub and ended on stage at Wembley. Top marks too to special guest Skylar Grey, who proved a more than able deputy for Queen Bey.

It’s a mark of how far Stormzy (and grime for that matter) has come that he can play one of the world’s biggest stages in his breakthrough year and no one bats an eyelid. Entering the arena via a police car, the MC obliterated all in sight with a take on Big For Your Boots so blistering it threatened to take the roof off the famous old arena. Sensational.

The 20-year-old has the world at her feet and it wasn’t hard to see why. Her dazzling performance of her current UK No.1 single Havana was one of the best and most visually impressive of the evening.

MTV’s Global Icon Award is a rare – and welcome – nod to the past from a brand that prides itself on capturing the zeitgeist. U2 made a weekend of it with a special gig in Trafalgar Square on Saturday, followed by picking up the award from 30 Seconds From Mars’ frontman Jared Leto at last night’s ceremony. Bass player Adam Clayton dedicated the honour to Island Records founder Chris Blackwell, who is in his 80th year. Bono, meanwhile, toasted the moment in his own inimitable style, singing a brief version of Stormzy’s Blinded By Your Grace Pt. 2. He’s still with it, honest.

MTV has had a patchy record with EMAs hosts, to put it politely, but Ora was a cut above - equally at ease at presenting as she was performing her two current hits, Your Song and Anywhere. Ora's return to the EMAs was a long time coming - she last graced its 2012 edition in Frankfurt. She also announced that the 2018 event will take place in Bilbao.

The Canadian teenager’s rise through the ranks could have easily been overlooked, but Mendes has quietly become an international sensation; the deafening screams that greeted the mere mention of his name providing further evidence of that fact. And there’s substance to back up the style – There’s Nothing Holdin’ Me Back rocked Wembley to its foundations AND won Best Song.

The late singer was the first performer at the very first EMAs in Berlin in 1994, where he sang Freedom ’90, so it was poignant that MTV chose to air that now legendary performance over the closing montage: a fitting tribute.

It’s a wonder James Bay got past security given how unrecognisable he was sans trademark hat and long hair. Will this bold but reckless fashion statement lead to loss of Bay’s songwriting strength, Samson-style? Or will it herald an exciting new era for our guitar-wielding hero? Only time will tell...

Shawn Mendes - There’s Nothing Holdin’ Me Back

The Chainsmokers – Live from Isle of MTV Malta 2017