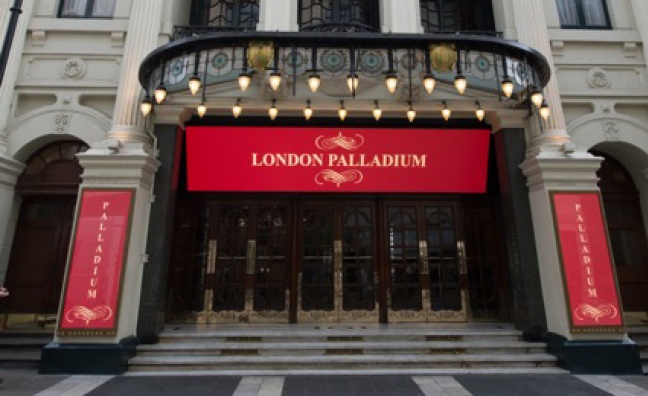 London Palladium has been given the go-ahead to introduce a standing area from 2019, taking its capacity to almost 3,000.

The world famous venue has staged 255 performances and increased its concert content by 25% over the last year, hosting the likes of Morrissey, Gary Barlow, Bob Dylan and Coldplay.

“A real focus for the team was to up the concerts side, not least because it is a stunning central London location for gigs,” Really Useful Group (RUG) MD Rebecca Kane Burton told Music Week. “It has brought a different dynamism to that venue, we've had some big names and we're happy to announce that we've had permission granted to do standing gigs. We're busy working with promoters to get acts booked in for that at the moment."

Kane Burton was VP and GM of London’s The O2 before joining Andrew Lloyd Webber’s company in 2016,