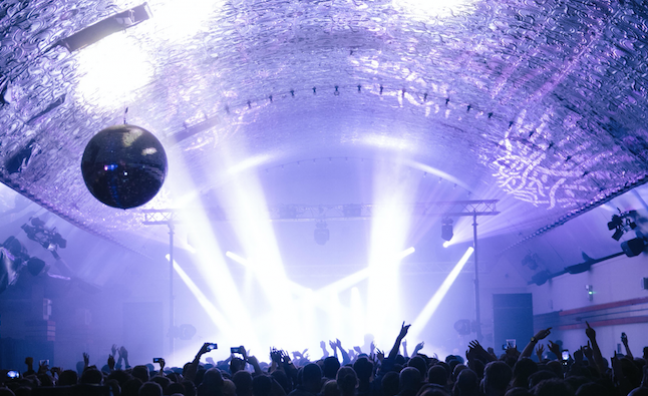 Margate’s Dreamland has revealed plans to expand its influence in the live sector by opening a 15,000 capacity venue for open-air shows.

The live music and event space launches on June 10 with the recently announced Demon Dayz festival, which will be curated and headlined by Gorillaz.

Dreamland has heavily invested in infrastructure, which includes an open-air Park Stage (3,500 capacity) as well as undercover spaces Hall By The Sea (2,000 capacity) and the Roller Disco (1,500 capacity). The venue will also boast state of the art acoustics and lighting.

The Hall By The Sea (previously known as the Dreamland Ballroom) has a strong musical history and has played host to acts including The Who and The Rolling Stones. It will welcome a diverse range of acts encompassing music, pop-up cinema, live comedy and more.

Rebecca Ellis, Director of Events at Dreamland Margate, said: “Our new venue is a unique destination on any touring circuit, and gives us the opportunity to work collaboratively with promoters and artists alike. We’re really excited to be welcoming Demon Dayz and Gorillaz to the newly revamped park and have been working with AEG Live for two years in order to bring this experiential festival to life. Our fantastic range of event spaces right next to Margate’s sandy beach mean we offer a unique gig proposition within striking distance of London."

Mags Revell, vice president, Golden Voice/AEG Live (Demon Dayz promoters) said:  "We have been planning the all new Demon Dayz Festival, which sold out in 10 minutes, for some time and Dreamland Margate is the ultimate venue for Gorillaz to make their long awaited return to the stage. The location and the backdrop of the amusement park will be the perfect playground for the full festival line-up. We are working on plans for this to become a yearly festival at Dreamland with the opportunity for a late summer play too.”