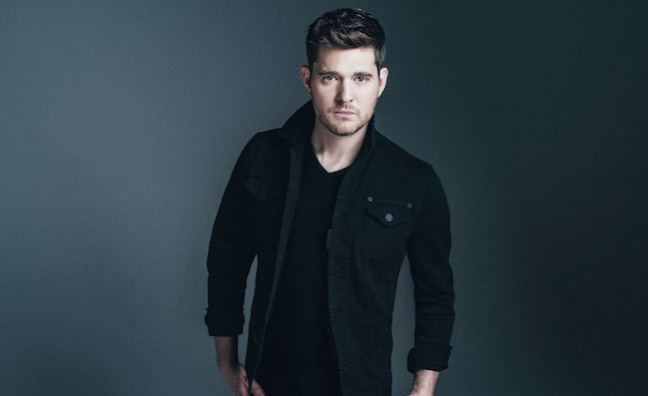 Michael Bublé has a announced a UK arena tour set to take place in May and June next year. It follows the one-off show at The O2 in September and his festival appearance at British Summertime Hyde Park.

After a four-year break from full UK tours, Bublé is going to perform seven shows around the UK. His tour will begin May 20 at Resorts World Arena in Birmingham, followed by May 23 at SSE Hydro in Glasgow, May 26 at Manchester Arena, May 30 and 31 at The O2 in London, June 3 at First Direct Arena in Leeds, and finally SSE Arena in Belfast on June 9.

Fans have an opportunity to receive exclusive access to pre-sale tickets by pre-ordering his new album, Love, from HMV. As well as covers of My Funny Valentine, When You’re Smiling and Such A Night, the Love album also features a Bublé-penned original, Forever Now.

The singer performed on The X Factor at the weekend.