Millions tune in for Ariana Grande's One Love Manchester concert 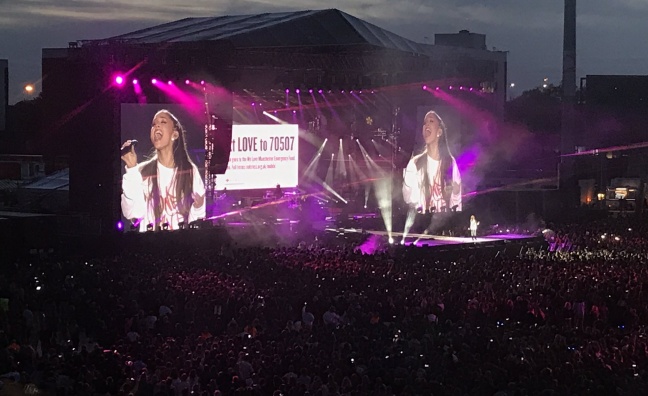 The concert, which sold out within minutes, saw some of the world's biggest music stars join forces in less than one week to perform in honour of those affected by the Manchester attack.

The British Red Cross confirmed that more than £10 million have been raised for the We Love Manchester Emergency Fund so far - £2 million alone was raised during the three-hour concert through text and online donations.

One Love Manchester executive producer Scooter Braun said during the show: “Manchester, your bravery is our hope. Because of you, we can now represent through this as a worldwide community, that we will be ready, we will be fearless and we will be great.”

Braun had earlier said the concert would not only continue, but would "do so with greater purpose" following the terrorist attack at London Bridge on Saturday.

Grande made appearances throughout the show, performing with Coldplay, Black Eyed Peas and Miley Cyrus, among others, and also joined the Parrs Wood High School Choir for an emotional performance of her track, My Everything.

The entire cast of One Love Manchester came on stage for the finale to join Ariana in performing One Last Time, which she re-released this week as a charity single in aid of the We Love Manchester Emergency Fund.

All net ticket proceeds go directly to the We Love Manchester Emergency Fund, which was set up by the Manchester City Council in partnership with the British Red Cross, in aid of grieving families and victims of the horrific attack, which killed 22 people. Ticketmaster had offered 14,000 free tickets to fans who were at Grande’s Manchester Arena show on May 22.

Live Nation is underwriting the cost of the event, which was produced through its Festival Republic subsidiary, in association with SJM Concerts.

The concert was streamed live online, was carried on YouTube and broadcast on television to over 50 countries across five continents. Millions are expected to have tuned in around the world through several online platforms.

Take That – Rule The World

Black Eyed Peas and Ariana Grande – Where Is The Love?

Children’s choir with Ariana Grande – My Everything

Ariana Grande – Side to Side

Katy Perry – Part of Me

Coldplay and Ariana Grande – Don’t Look Back in Anger