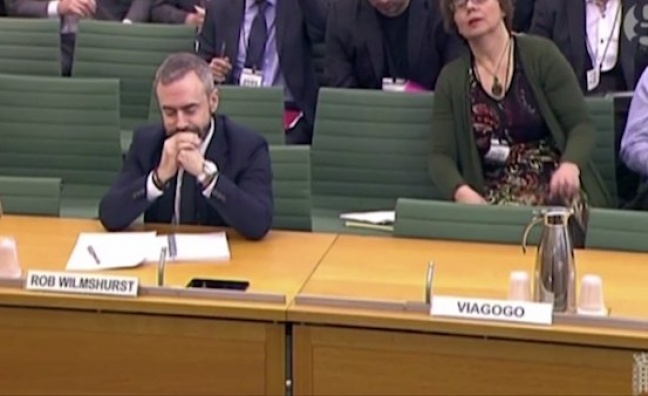 MPs have written to controversial secondary ticketing site Viagogo, calling on the firm to provide more transparency about its operations after it emerged it has opened a new London office.

Switzerland-headquartered Viagogo, which left its Cannon Street office in London earlier this year, infamously no-showed a Culture, Media And Sport select committee hearing on ticket abuse in March. The company had been summoned to give evidence at the House Of Commons hearing but failed to attend, claiming it did not have "adequate representation" in the UK to enable it to assist the committee's inquiries.

Representatives from rival resale sites StubHub and Ticketmaster-owned Seatwave and Get Me In gave evidence at the previous meeting last November.

Now, Labour MP Sharon Hodgson, co-chair of the All-Party Parliamentary Group (APPG) on Ticket Abuse, and Conservative MP Nigel Adams, a former select committee member, have written to Prabhat Shah, a listed director of VGL Services, which manages Viagogo, after learning the firm has begun operating from an address in Fenchurch Street, London.

"Following the General Election we want to follow up on some outstanding matters which we were seeking to address during the last parliament, and to make you aware of our continuing interest," state Hodgson and Adams in the letter.

"It remains of significant concern to us that Viagogo declined the committee's request to provide a representative, claiming the company did not have sufficient capacity in the UK to do so - something we have trouble believing given that clearly the operation is of significant size, as there were between 40 and 50 positions with Viagogo in the UK being advertised online at this time. We do hope that should the committee resume this inquiry in the current parliament, that Viagogo will be more forthcoming."

Additionally, the letter alleges that the reception desk at the Fenchurch Street building has been instructed to deny that Viagogo has offices there. "We find this an odd practice for a company that contends it is behaving in an entirely above-board manner," it continues.

"Many of our colleagues have been contacted by constituents who have been Viagogo customers with issues, and wish to be able to make their own representations to Viagogo. They should be able to do so. In light of these issues, we would appreciate more transparency from Viagogo about its UK presence, and how we can engage."