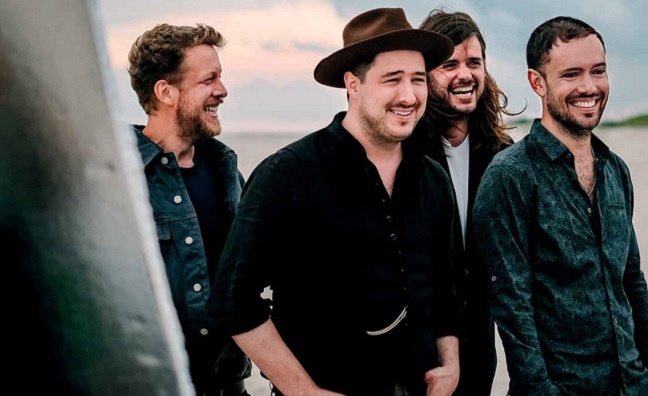 All Points East has confirmed Mumford & Sons as the final headliner to be announced for this year’s festival line-up.

The band will also bring their own Gentlemen of the Road event to the Victoria Park festival on Saturday, June 1.

The AEG Presents festival, which is nominated for a Music Week Award for last year’s inaugural edition, has previously announced headliners including The Chemical Brothers, The Strokes and Christine And The Queens (May 24-26).

Mumford & Sons play the following weekend, which also features bills topped by chart-toppers Bring Me The Horizon (May 31) and Bon Iver (June 2). They will be joined by support acts including Dizzee Rascal, Leon Bridges, The Vaccines and BRITs Critics’ Choice winner Sam Fender. The bill also features Jade Bird, Dermot Kennedy and Dizzy.

Gentlemen of the Road is Mumford & Sons’ touring festival. The band have already taken it around the globe with stopovers in the UK, Ireland, the US and Australia.

Mumford & Sons' current album, Delta, topped the US charts at the end of last year. It peaked at No.2 in the UK and has sales to date of 136,788, according to the Official Charts Company.