Muse-exposed: Band 'want to levitate on magnets' for next tour 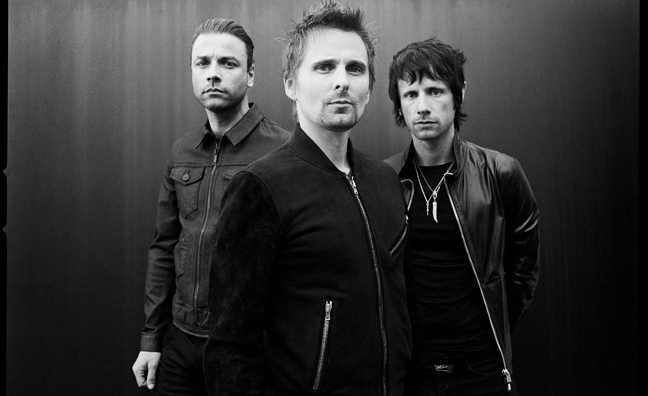 Muse’s next tour spectacular could see them levitate on a stage made of magnets, if the band have their way.

The unlikely (and most likely impossible) dream was revealed by their tour director Glen Rowe, of Cato Music, who was speaking during the management panel at this week’s MUSEXPO Europe conference in London.

Asked what his biggest challenge is, he said: "It is ridiculous, but trying to dream up something more adventurous is always our challenge, where does the next bolt of lightning come where you capture the essence of it and trying to put it into a record or a tour, it's definitely my permanent challenge.

"We want to do a stage made of magnets so the band can levitate on other magnets. It's those questions that keep me awake every night of my life. If there are any magnet technicians out there, please come and see me because that's what we're trying to achieve.”

Rowe recalled how the trio’s ambitious vision was brought to life for the Black Holes & Revelations stadium shows in 2007. "I remember the conversation when we decided we were going to have a huge UFO that was going to spit out a trapeze artist in a stadium,” he said. “I thought it was a drunken, throwaway comment that I'd never have to worry about.

“The next day I get the email from one of the band members saying, Get me a UFO that spits out a trapeze artist. I spent months of my life figuring out how to do that.”

Rowe said he was able to make it happen through “a lot of helium and a tightrope walker who was stupid enough to sign my contract”. “But yes, we did do that,” he laughed.

The trio’s most recent Drones Tour saw them perform “in the round” from the middle of the arena for the first time, complete with flying drones over the audience. The increased capacity this allowed for saw Muse break their own record for the largest crowd at The O2, setting a new benchmark of 21,000. The venue is typically configured for around 17,000 for concerts.