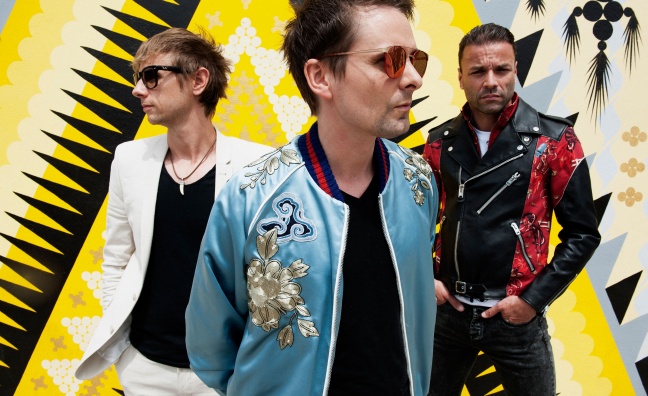 The switch to CAA, which will represent the band outside North and South America and Australia, sees Muse split with their longstanding agent Geoff Meall, who departed UTA for Coda last month.

Muse, who headlined last year's Reading & Leeds festivals, last toured the UK in 2016. They are set to play a series of dates across Europe this summer and will also headline such festivals as Lisbon’s Rock in Rio, Rock am Ring and Rock im Park in Germany, and Pa’l Norte in Mexico, among others.

The band have released seven studio albums, including their most recent, 2015's Drones (Helium 3/Warner Bros), which debuted at No. 1 in 21 countries around the world, including the US and UK. According to the Official Charts Company, it has sold 230,213 copies in the UK so far.

To date, the band have sold more than 20 million albums worldwide. Their biggest seller domestically is 2006's Black Holes & Revelations, which boasts combined UK sales of 1,109,036.