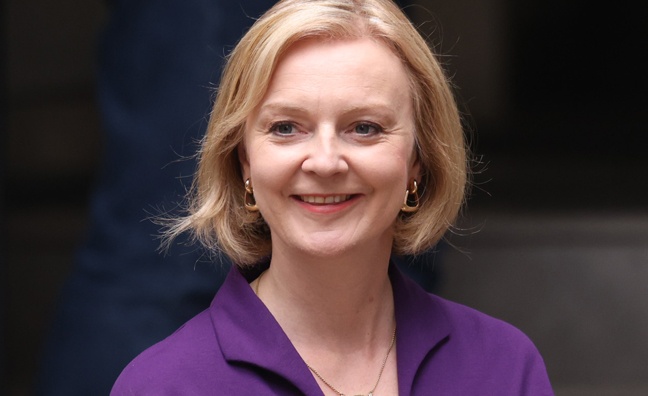 The music industry has urged new Prime Minister Liz Truss to act urgently to protect the business from the cost of living crisis.

Truss was unveiled as Boris Johnson’s successor today (September 5) after a leadership contest with Rishi Sunak. But while various industry bodies have welcomed the foreign secretary to her new role, they have called for immediate action to safeguard the industry’s future.

“It would be hard to disguise the frustration and anxiety experienced across the industry, as we have had to patiently watch the leadership campaigns play out over the last four weeks,” said Michael Kill, CEO of the Night Time Industries Association (NITA).

“It is now vital that the new Prime Minister takes this opportunity to be decisive in tackling the cost inflation crisis, over the coming days, by reducing VAT across the board, extending business rates relief and implementing an energy cap for small medium enterprise businesses,” he added.

Kill warned that without “an effective intervention from the Government, we will see thousands of businesses go to the wall and millions of jobs lost” in the coming weeks.

“During the campaign, Liz Truss rightly talked about the need to tackle the crippling cost of living – and she must now deliver on that commitment immediately,” he said. “Without urgent action to help music venues, studios and other music businesses, there is a real risk that many will go to the wall.”

Njoku-Goodwin also called for the protection of “the recovery that was under way in the music industry after the pandemic”.

“The Government should make a significant cut to VAT from its current 20% rate to 5% – just as it did during the pandemic – and throw a lifeline to music businesses and help them through this crisis,” he said. “Without urgent support, there is a real chance that the billions spend keeping businesses and venues afloat during the pandemic will be wasted and that would be a tragedy.”

Njoku-Goodwin cited recent research from the Music Venue Trust that revealed that venues have seen their fuel costs spiral by more than 300%.

“We risk losing cherished venues, studios and other music companies forever,” he said. “That would be a devastating blow and cause irreparable damage to the talent pipeline that ensures the UK produces global music stars.”

Njoku-Goodwin believes there is a risk that a return to the “huge void without live music” caused by the onset of the pandemic could be on the cards.

“Without swift help for venues, studios and music companies struggling with soaring fuel bills, we risk losing them forever – and along with them a key part of the cultural fabric of our lives,” he said.

The Music Venue Trust recently revealed that its CEO, Music Week columnist Mark Davyd, has been in correspondance with a grassroots venue that has reported a proposed hike in its energy bill of £134,000, an increase from £10,000 per year to £144,000.

In a statement on Facebook, the MVT wrote: “We have worked with the venue to encourage them to hold on, and they have, late last night, agreed to take no further action right now. Because it is our view, based on the view of all our advisors within the energy field, within economics, and within politics, that it is not possible to imagine a scenario where the government allows this venue, hundreds of others like it, pubs, bars, restaurants, hotels, and shops, to simply close down because the business energy market has collapsed. The economic ripple of no action on business energy costs would be too serious for the country.”

We have presented options to the government, they may have alternative plans,” the post continued. “How it is managed is comparatively inconsequential compared to this fact: We are on borrowed time with this venue. It will close if nothing is done to prevent that outcome. The government must act and that must happen immediately.”

In a further statement, Davyd said: "These are incredibly challenging times for grassroots music venues. The sector needs swift and meaningful action on the energy crisis, and we are keen to work with the incoming administration to find a short term temporary fix for these challenges which gives us the breathing space to work on a longer term permanent solution."